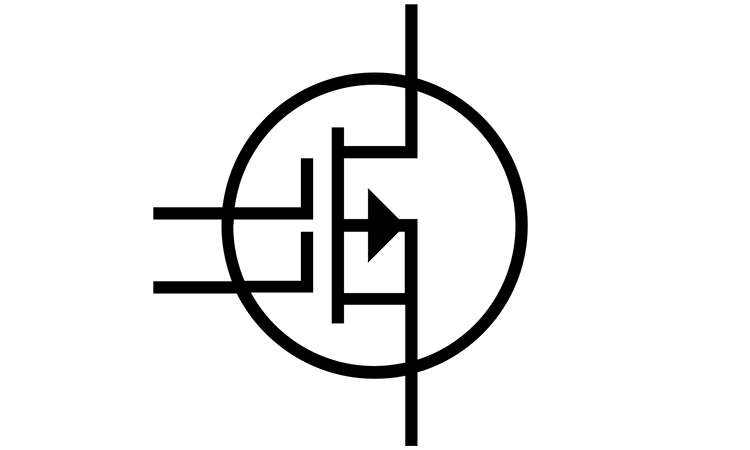 This post tells about power MOSFET characteristics and operating modes. Power MOSFET is a unipolar three-terminal semiconductor device that controls the large amounts of power flow between its input and output. Due to its low power dissipation, the efficiency of the device is very high, and that is significant in terms of the power dissipation level and the efficiency of the full system.

Power MOSFETs are characterised by the vertical structure that contributes to the increase the power ratio. Power MOSFETs usually contain a body diode in its structure, which is connected to the drain and source. This device makes bi-directional switch operation possible and enables reverse drain current. For some special applications designers put in a circuit diode, which blocks the body diode, and then add an external ultra-fast diode – Figure 2.

So the following formulas are valid: . As you can see, the MOSFET capacitances are the subject of voltage variation. In order for the MOSFET to start operating,  capacitances   and should be charged. The reason why the MOSFET operates with the drive circuit is because it charges and discharges the MOSFET parasitic capacitances to turn it on and off.

The most used type of power MOSFET is n-channel MOSFETs, enhanced-type. In order for the MOSFET to carry the drain current, there should be a drain to source channel.  It may happen that the , the gate-source voltage of the MOSFET, exceeds the threshold voltage of the device .

For all these regions the gate current is almost zero, it means that the device is voltage controlled. It is important to understand and distinguish these regions, because operation function of MOSFETs differ depending on operating regions. When a power MOSFET is used as an amplifier, it operates in its saturation region. When the power MOSFET is used as a switch, it operates in the cut-off and linear regions. Mathematically these regions can be expressed:

Here as you know µn is an electron mobility, is an oxide capacitance, L and W are the length and width of the channel.

As we know, when the power MOSFET enters the mode, when the channel is pinched-off, , then the saturation MOSFET mode can commence. We can prolong the curves on the   output power MOSFET characteristics to the left as shown in Figure 4, and find an interception point of these curves – here  is the positive constant MOSFET parameter. For example, Digi-Key Electronics offers a big selection of power MOSFETs.

Switching characteristics of the power MOSFET