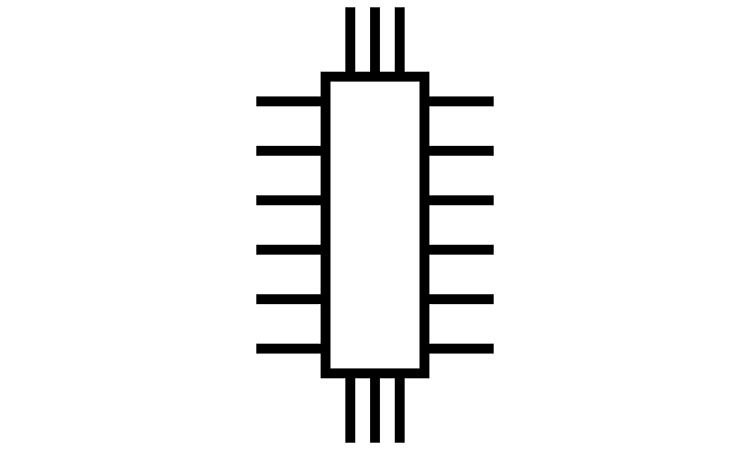 This post covers the topic of CMOS logic. Si is a semiconductor, the basis for building most semiconductor devices. It is a IV group element, characterised by the covalent bond and three-dimentional cubic lattice. All these valence electrons are involved in the chemical bonds, and basically Si is a bad conductor.

A junction of p-type and n-type semiconductors creates a diode. The p-type semiconductor acts as anode, the n-type as a cathode. If the voltage of the anode is bigger than the cathode voltage, then the diode is forward-biased and the current flows through the device. If the cathode voltage is bigger or equal to the anode voltage, then the diode is reverse-biased and there is a very small current that flows through the diode.

MOS (Metal-Oxide-Semiconductor) structure is similar to a sandwich and is created by the several layers of conducting and isolating materials. MOS structures are created by complex techniques, combining oxidation, doping, deposition and etching processes. Two types of transistors are produced by CMOS technology: an n-type transistor or nMOS and a p-type transistor or pMOS. Both these transistors are called MOSFETs (Metal Oxide Semiconductor Field Effect Transistor). Figure below depicts the scheme of a diode, Figure 2 shows schemes of n– and p-MOS transistors.

Let’s consider how a transistor works. The gate is an input for any transistor. At the n–MOS transistor the substrate is grounded, so the p-n-junction of drain and source are reverse-biased. The transistor is off. When the gate voltage increases, the Si02 layer becomes the n-type semiconductor, and is called the channel – the current flows from source to drain. The transistor is on in this state.