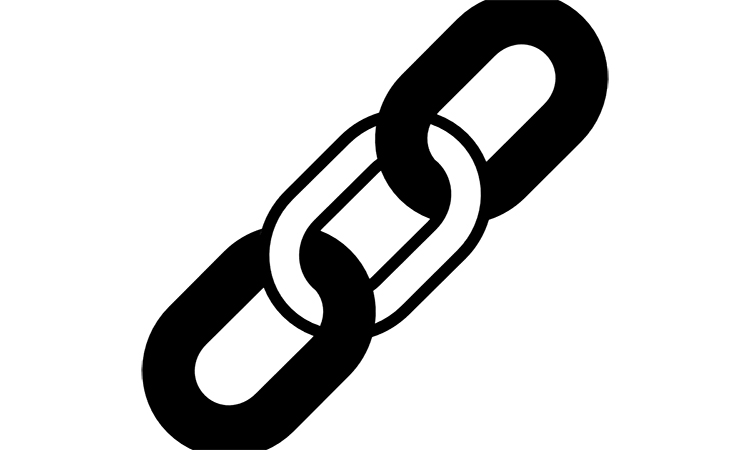 The creation of integrated circuits is a very responsible task as all the systems should work sustainably during billions of cycles. One of the challenging factors for integrated circuit operation are aggressive and extreme temperatures, external electromagnetic fields, and other changing operating conditions.

Lot is a processing step of manufacturing wafers.

Integrated circuit design involves understanding and analysing potential failures. The most frequent reasons of failures are:

Device failure is a consistent deviation of the device operation from the original specification. Faults are subsystem failures. The reason of faults can be external reasons, device wearouts, manufacturing defects and design bugs.

MTBF (mean time before failure) can be defined as .

FIT (failures in time) can be defined as the amount of failures that occur within 1,000 hours of operation per million of devices. The standard reliability curve of devices is depicted in Figure 1. 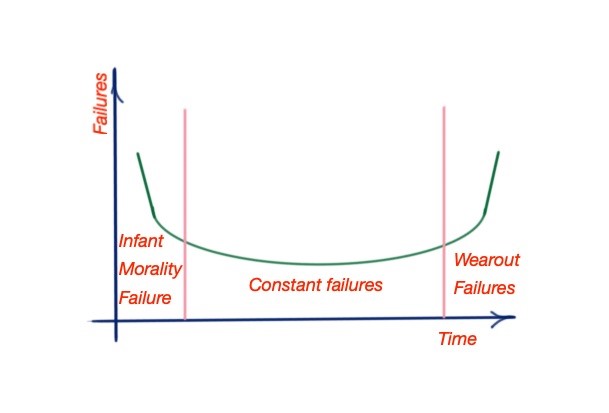 The early infant morality failure region is the region where devices experience early failures, caused by process bugs and other creation failure reasons.

The constant failure region is characterised with low failure rate of devices.

The wearout failure region is the region of late device wearout.

Devices are usually subjected to accelerated life testing, which simulates the device ageing process within a short amount of time.

Latchup is the phenomenon when low resistance paths between GND and V_DD melt down, creating parasitic bipolar transistors. This process can be easily avoided by minimising substrates and well resistances. Usually it is achieved with a thin Si-doped epi-layer on top of heavily doped substrates.

Overvoltage is a failure process initiated by the excessive power supply transient or electrostatic discharge. If overvoltage occurs on the gate, it initiates oxide voltage.