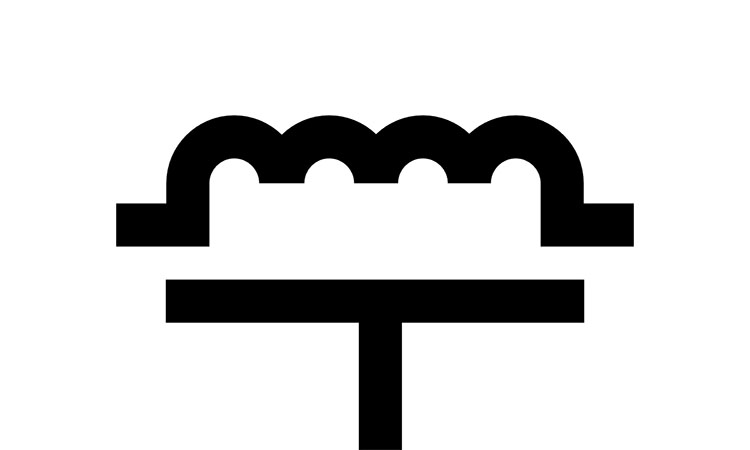 This post tells about types of delay in VLSI. When designing semiconductor devices it is very important to take into consideration the speed and power.

When designing the delays in VLSI it is important to take into consideration the following parameters:

The timing analyser calculates the arrival times at each internal node and checks if the outputs arrive at their required times. The difference between the required and arrival time is the slack. A negative slack means that the circuit meets the required timing. Arrival times can also be calculated based on the contamination times. The summarised data gives the picture of the gate switching parameters.

The design structures must always contain the paths that are fast enough or the ones that are critical in terms of the operating times – they are called critical paths. The critical paths can be affected at the following levels:

The best leverage is performed with the good microarchitecture. This level requires the broad knowledge of the both the algorithmic and technological level of the device. The next level is logic. The trade-offs can be made at the stage of the functional blocks, the number of stages of gates in the clock cycle, and at the fan-in and fan-out cycles. The delay can be also be turned at the circuit level, varying the transistor size or using different CMOS techniques. The last level is layout level, when the delay can be set up. Here the delay can be set up with the wiring lengths.

Many device designers never leave the RTL level that creates the design. The standard way to write RTL code is to synthesise it and check if the results are fast enough. The timing analysers are used to check the timing closure, and whether the circuit meets the timing requirements. The lower abstraction level is the best way to adjust and vary the timing parameters.

How to calculate delay in two steps:

The solution of this differential equation is called transient response. And the delay is the time when the output voltage reaches .

The differential equation is based on the charged and discharged capacitance of the circuit. The capacitance current is  . Every real circuit has a capacitance that has to be taken into consideration – these are defined as gate capacitance and diffusion capacitance.

A very useful model of estimating the capacitance in a circuit is the RC delay model in VLSI. This model approximates the non–linear transistor I-V and C-V characteristics, taking into account the average resistance and capacitance over the switching time of the gate. The RC delay model considers the transistor as the switch with the resistor in series. The effective resistance is equal to the ratio  during the switching process.

The RC delay model is a metric used in VLSI design to calculate the signal delay between the input voltage and output voltage of the input signal. The input signal is a step function. In this case the transistor can be considered as a switch in series with a resistor.

nMOS transistors are characterised with higher mobility than pMOS transistors. If the transistor is velocity-saturated, its current and resistance does not depend on the channel length.

Figure 1 shows the equivalent RC circuits for nMOS and pMOS transistors. Figure 2 shows a fanout-1 inverter and its equivalent circuit. 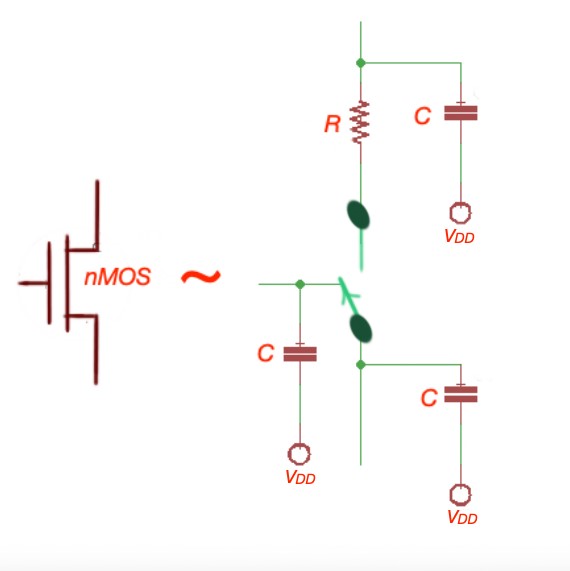 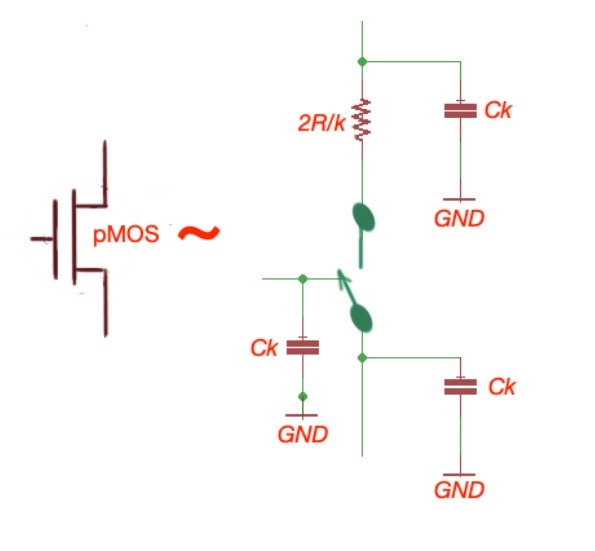 Figure 1. nMOS and pMOS transistors and their RC equivalent circuits. 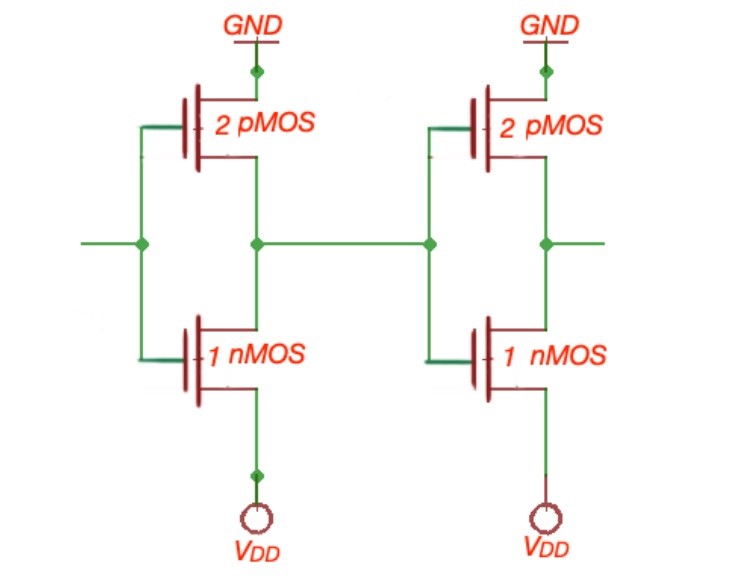 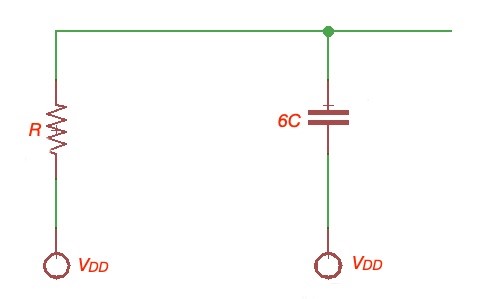