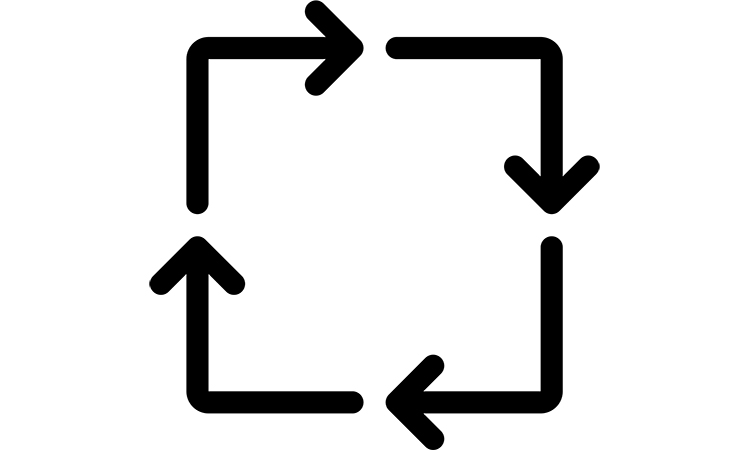 RF and microwave circuits that operate on small frequencies can be treated like circuits with lumped parameter components. If the components are small enough, the phase difference is negligible when considering different parts of the circuits.

So field analysis, using the Maxwell’s equations, shows a better picture for RF and microwave networks. In this case, lumped circuit analysis may be applied only to the infinitesimal part of the transmission line. Usually the network components are treated as components with distributed parameters, which are characterised with length, propagation parameters and so on.

The waveguides are making calculation more complicated, if we have a squared waveguide. For waveguides it’s better to use field analysis. So here the magnetic and electric field will be the following: . So the voltage will be . So for arbitrary waveguides there are a few steps we should do for the waveguide analysis:

The characteristic impedance is , the total power of the wave is . We can also present the electromagnetic field constituents with voltage and current constituents. We can characterise the transmission lines with three types of impedance, that you have to differentiate: 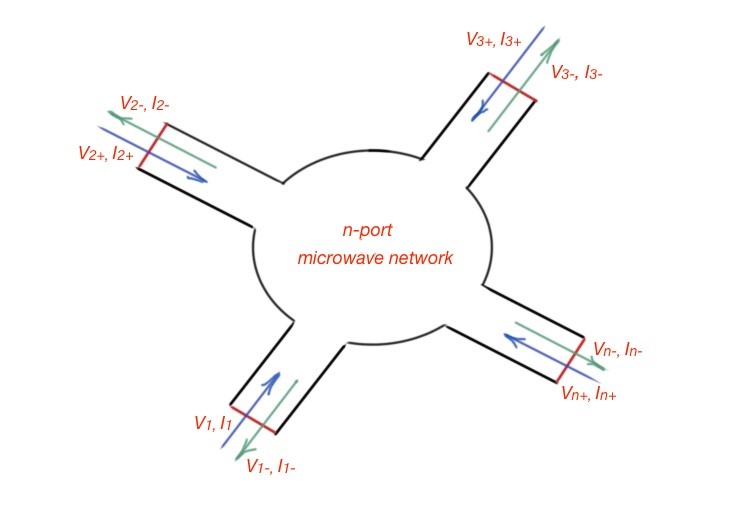 In the same way, the admittance matrix for the microwave system can be defined as: .

So the relationship between the admittance and impedance matrices are  . An arbitrary reciprocal microwave system, which does not contain the active microwave components, or ferrites, is characterised with two independent sources of electromagnetic fields, so they will work using the reciprocal theorem: . The admittance and impedance matrices are symmetrical for reciprocal systems and imaginary for lossless networks.

The scattering matrix can be represented with the impedance matrix and characteristic impedances only if they are identical for all the network terminals.

In case of losses of transmission waves at the microwave network, we can introduce power waves that can be determined in the following way:  , here  which is the reference impedance. From these statements we can also find total voltage, current and power: , and the total power . The reflection coefficient for the reflected power wave can be viewed as: .

The impedance, admittance and scattering matrices are used to describe the networks with multiple ports. However, usually microwave connections are cascaded into a system, which enables us to define the other type of useful calculation matrix – the ABCD matrix. This matrix is a relationship between the characteristic currents and voltages of every two-port connection between microwave networks. The handbooks for microwave systems describe the ABCD parameters of this matrix for any cascade connection of the networks.

The Figure 3 shows decomposition rules for the waves through the microwave network. 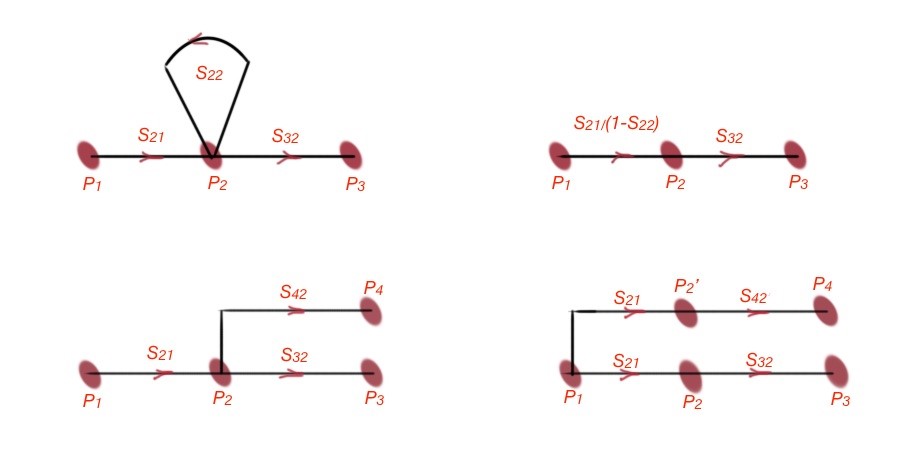