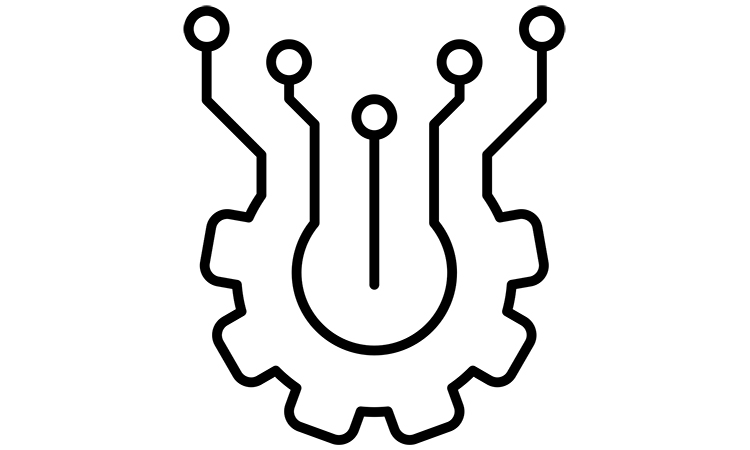 Elelctromagnetic forces are used to produce mechanical effects that are considered in terms of  electromechanics. The applications of electromechanics are fairly wide like in electric motors and electromagnets.

Magnets are very important in the field of elelctromechanics. Magnets can affect conductors, insulators and semiconductors without physical contact. As we know magnets are characterised by magnetic field, measured by the magnetic flux density B, Ts and magnetic field intensity H, A/m.

Let’s consider a single-loop coil, closed by the resistor R. Let’s suppose that the magnetic field B flows through this coil, as shown in Figure 1. Then the current  will flow through this coil, creating the field in the opposite direction to the magnetic field B. This effect is known as Lenz Law. By the right-hand rule, there will be a current provoked by the generated field, moving clock-wise. And the voltage across the resistor will be negative.

On the figure below you can see the N-turns coil, linking the flux B, and as the coils are close to each other, we can then suppose the term of the flux linkage is .

From the general course of electromagnetism the relationship between the linkage flux and current is . So the current, changing in time, provokes the transformer voltage .

The L parameter is self-inductance. If these two circuits are close to each other, it will lead to the effect of magnetic coupling, when the second circuit will also experience the provoked magnetic flux by the current of first circuit. This effect lies in the base of the transformers.

Let’s consider two coils. One of them is connected to the current source , The inductance  generates voltage . The second coil  is not connected to the current source, but the excited magnetic field of the first coil induces the voltage in a second coil . This magnetic coupling happens because the proximity of two coils and is called the mutual inductance, which is characterised by the formula .

The voltage polarity in the coils are depicted below. In real electromagnetic circuits self-inductance is not always constant. In practice the relationship between linkage flux and the current is not linear at all. And it is easier to operate in terms of energy in the magnetic circuit calculations.

And the energy is .

This energy corresponds to the area above the curve. The area under the curve is called co-energy:

Figure below shows the structure of a simple transformer. Let’s make the assumption that there is a mean path for a magnetic flux to exist, and that it corresponds to the mean magnetic flux density. The mean flux density is constant over the cross-sectional area of the magnetic structure .

The cross-sectional area A is assumed to be perpendicular to the magnetic flux lines.

The field intensity is . MMF for this magnetic structure is . Parameter is called reluctance. The relationship between the inductance of the magnetic material and the reluctance is .

It does mean that for an N-turn coil winding the magnetic core, with current , it’s the MMF  that generates the magnetic field flux , that is mostly concentrated within the core and is uniform in its cross-sectional area.

When the square of the gap area is bigger than the cross-section of the magnetic material, this phenomena is called fringing and happens because the magnetic field is spread more in the air gap. After the theoretical part we will consider some examples of real magnetic structures to calculate.

From the previous chapters of the electromagnetism course we know that μ permeability of magnetic material is not a linear function of flux density B and field intensity H, but has the following form .

The idea of this non-linear relationship between flux density and field intensity is grounded on the following basis. The big importance here is based on the spin of the electron. In most materials except ferromagnets, spin doesn’t constitute a big role.

Ferromagnets demonstrates the domain structure of the material, and the magnet field makes the domains oriented to an exact direction. At a certain moment all the domains will be oriented and any further magnetic field impacts won’t make sense.

This moment is called saturation. There are two reasons why the relationship of B and H are not linear – the eddy currents and hysteresis loop. The eddy currents are the closed electrical current loops that are induced by the time the varying magnetic fields are caused by Faraday’s Law of induction. The hysteresis loop happens when the conductor occurs in the external magnetic field, and its domains become aligned.

Transformers and their types