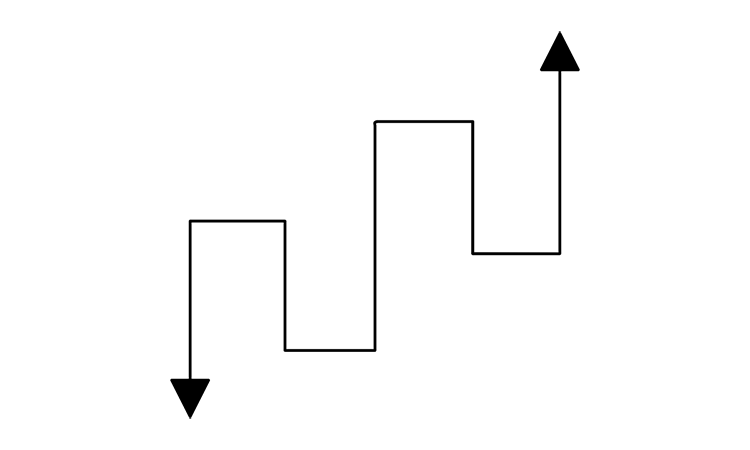 This post tells about step inputs in the capacitive or inductive circuit. Here we consider four cases of step functions with capacitor and inductor.

The step input of the current source is  that gives us voltage . The voltage and current forms are shown below.

Let’s consider voltage source driving an inductor (on the figure below).

The voltage waveform is (discontinuous function), current here will be time dependent and continuous function,   and so the flux linked to an inductor. Voltage and current functions are depicted on the figure below.

Let’s consider a circuit, where voltage source driving capacitor (below).

The voltage waveform is . As soon as we are dealing with the discontinuous voltage step function, the waveform can be presented as , where  function is depicted below.

As the result we have the following equation for current . Waveforms for voltage and current are depicted below.

The waveform for current is and the voltage waveform is  (depicted below).