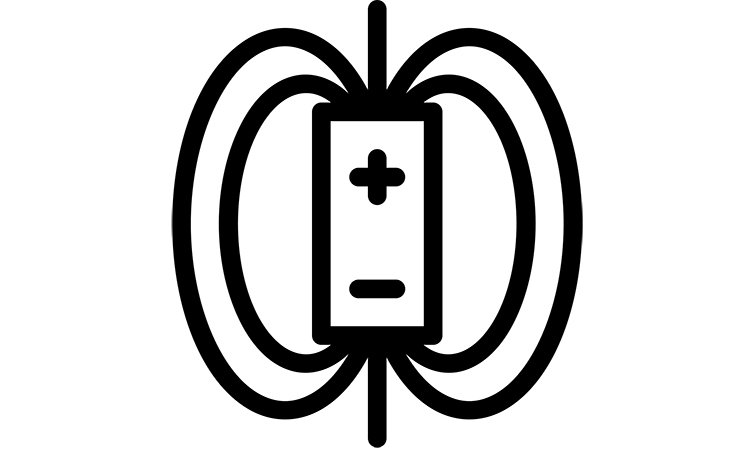 In this chapter we will cover magnetic interaction. Magnetic interaction shows how charged particles are interacting with each other. A charge moving in a current experiences the perpendicular force that arises with a charge velocity. The value of this force is proportional to the charge q and it’s velocity v.

This force has two parts – electric and magnetical: F = qE+q[v,B]. Vector B is magnetic induction, and this is a characteristic of a magnetic field.

Describing the magnetic field and induction is useful when using the term turn of current. This turn of current is suppose to be a frame of small size with a current through it. The magnet momentum of this frame is P = ISn, where I is a current through frame, S is a square of a frame, and n is a normal vector to the frame plane. In the magnet field this frame is affected by the moment of rotating force. Magnetic induction vector B is characterised by magnetic force on currents or moving charges. Magnetic induction has several features:

Magnetic field is characterised by the principle of superposition, that states: if in point A of space, currents and charges create magnetic fields with inductions B1, B2… Bn, then the summarised magnetic field for point A is B=B1+ B2 … + Bn.

French scientists Biot and Savart have conducted several expriments, monitoring magnetic field induction for different conductors. Scientist Laplace has analysed this experimental data and made an approximation for magnetic induction B that is a sum of the elements dB for elementary pieces of current in every point of space – sum opeartion here can be replaced with integral

– Figure 27. This formula is called the Law of Biot-Savart-Laplace. The constant

is called vacuum permeability. Vector B direction is perpendicular to the fragment of current dr, and vector r. For Figure 27, B is directed into the screen. The module of magnetic induction vector