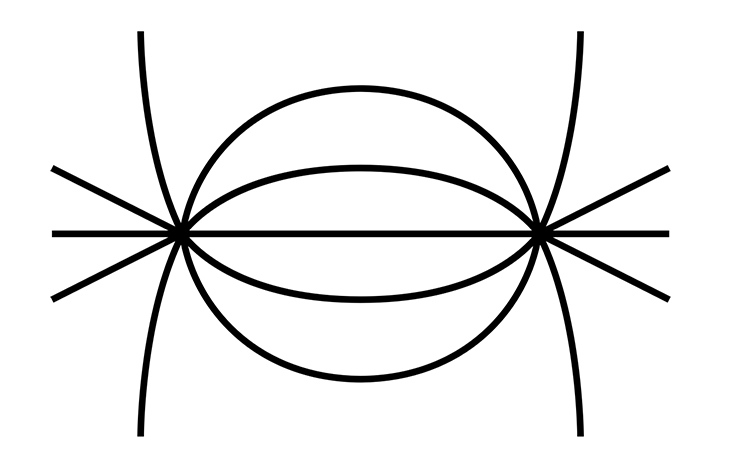 Electric charge is a measure of the elementary particles that enable electrical and magnetic interactions. Electric charge, is the basis for Coulomb Law, and has some fundamental features, which can be described as:

Here we will consider electrostatics where considered charges and charged bodies are static.

Based on the series of experiments by Charles Coulomb, Coulomb’s Law 1785 states that: the force of electrostatic interaction between two point charges is proportional to the multiplication of their charge modules and reversely proportional to the square of distance between them. This is force of repulsion for same sign charges, and attraction force for opposite charge signs. The formula illustrating Coulomb’s law can be seen in Figure below.

For all electrostatic interactions the principle of superposition states the following: the dot charge q1 is affected by several charges q2 … qn, and this affection can be considered as Coulomb force . Then the electrical effect of the group of these charges on the charge q1 is a force equal to the vector sum of forces (Figure below). It can be described by the formula .

Let’s consider the Coulomb force affecting the  charge from the system of charges  charges. According to the superposition principle

The formula for Coulomb’s Law for a system of charges (above):    or  .

Task 1: Prove that the electric field created by the charged sphere is 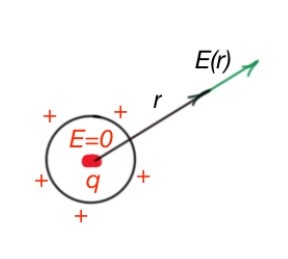 Electric fields can be illustrated with vectors from the dot charge (or bulk charged object) to every point in the space. As a result these vectors have to be summarised. It is easier to represent a field as some vectors of electric field, which can be prolonged to the infinite space.

Lines of electric field have some features:

In complex cases of one-dimension charge distribution, we can use integration as the superposition principle. For example, if we have a linear object (Figure 6), the electric field can be found by the formula:    where    is the charge density for the object . In this case the object is linear, so charge density is linear also. In this case electric field vectors r ̅ are also different for every point of space. If the charge is distributed by the two- or three-dimension space, then we can use the terms of surface and volume charge density:

And the electric field for this case will be described by the following: , here  – symbolises the surface and volume integrals.