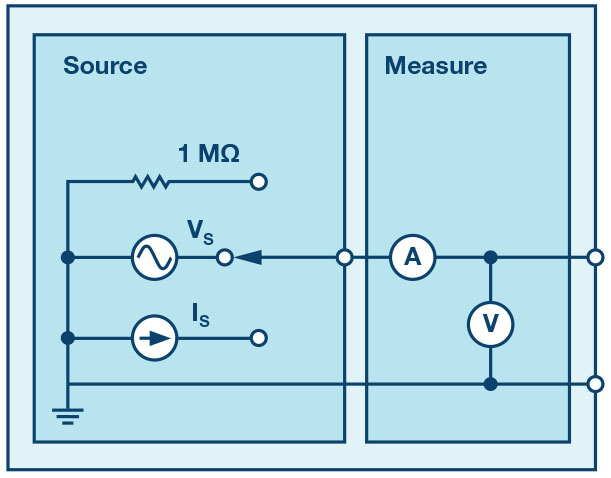 After the introduction of the SMU ADALM1000 lets continue with the thirteenth part in the series with some small, basic measurements.

One typical application of a band-stop filter is in audio signal processing, for removing a specific range of undesirable frequencies of sound like noise or hum, while not attenuating the rest. Another application is in the rejection of a specific signal from a range of signals in communication systems.

The higher cutoff frequency is given as:

The lower cutoff frequency is given as:

The bandwidth of frequencies rejected is given by:

From the previous article on parallel LC resonance, we can also use the formula for the LC resonance to calculate the centre frequency of the band-pass filter, the resonant frequency ωo is given by:

The ALICE desktop software can display Bode plots, which are graphs of the magnitude and the phase vs. the frequency of a given network. The procedure is as follows:

You should now be able to press the green Run button and run the frequency sweep. After the sweep is completed (this could take a few seconds for 200 points), you should see something like the screenshot in Figure 5. You may want to use the LVL and dB/div buttons to optimize the plots to best fit the screen grid.

Record the results and save the Bode plot as a screenshot.

Doug Mercer received his B.S.E.E. degree from Rensselaer Polytechnic Institute (RPI) in 1977. Since joining Analog Devices in 1977, he has contributed directly or indirectly to more than 30 data converter products and he holds 13 patents. He was appointed to the position of ADI Fellow in 1995. In 2009, he transitioned from full-time work and has continued consulting at ADI as a Fellow Emeritus contributing to the Active Learning Program. In 2016 he was named Engineer in Residence within the ECSE department at RPI.

Antoniu Miclaus is a system applications engineer at Analog Devices, where he works on ADI academic programs, as well as embedded software for Circuits from the Lab and QA process management. He started working at Analog Devices in February 2017 in Cluj-Napoca, Romania.