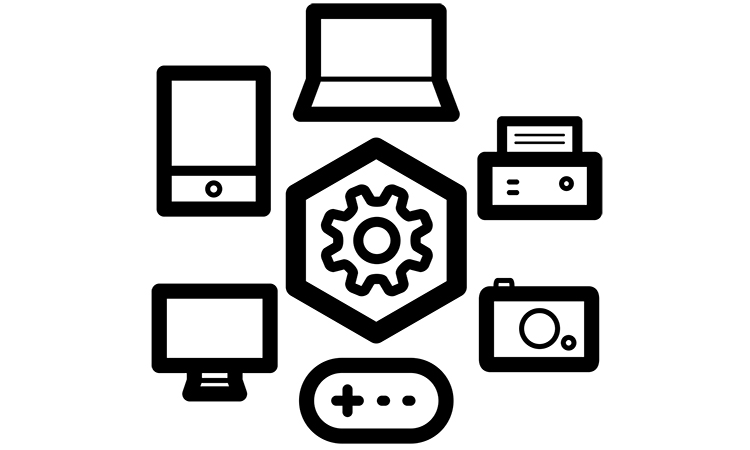 Internet of Things (IoT): Introduction and definitions.  The paradigm of the Internet of Things (IoT) states that there is a system of devices – such as sensors – connected to the internet, that are transmitting and storing data to the Cloud. It is pretty easy to confuse this with simple Device to Device connection. So to differentiate the IoT we can state that it is characterised by the following parameters:

This study of the IoT in THE real world Is based on the following resources: EY report  ‘IoT: interaction between human and machine that unlock possibilities’, and ‘Learning Internet of Things’ by Peter Waher.

The IoT, like any other developing and improving area in electronics, has its advantages and problems. In this and following chapters we will discuss the hardware, software, protocols and technologies for IoT,  and its most common use cases. Also we will discuss more precisely the way to design and program IoT devices or systems for your purpose. You will also be offered the opportunity to make a design project of your IoT device.

The IoT system includes devices for remote control, routing, serving, bridging and sensing. One of the most important parts of the IoT system is a sensing device – this is how a device/system collects information and interacts with the real world. To fulfil the purposes of an IoT system, the sensing devices include several components on the board like energy and power management modules, Radio Frequency (RF) modules, and sensor itself. Energy and power management modules are obviously needed to generate and optimise the energy source for the IoT device and to transform analogue and digital signals and reverse with the proper way. The RF module is used for providing communication protocols like ZigBee, Bluetooth, WiFi and others. There are several types of sensors in use, depending on the information type, like accelerometers, gyroscopes, magnetometers, acoustics, humidity, pressure sensors, RFID sensors, light temperature sensors and some others.

IoT software is used for network serving, and acting through the platforms and embedded systems. The main applications are data collecting and device integration, real-time analytics, machine-to-machine communication and so on. The software provides the possibility to collect data from sensors, connect to real-time and device-to-device networks, aggregate data, and distribute data to other devices. Another function of the IoT software is device integration – this is the crucial function, as it makes the device system part of the IoT system, combining them, making a communication between them by networking, making remote control functions and so on. The IoT software also creates real time analytics, converting the settings to the human-based patterns for activity or data aggregation. The extension processes of the IoT system are services that make access to other devices possible to provide additional functions to the IoT system, like security or increasing accuracy.

The protocols used for IoT are low power Bluetooth, low power WiFi, LTE-A, RFID and NFC. Low power Bluetooth has been called as the most important technology since the Credit Card reader according to Business Insider. Bluetooth Smart, or BLE, is the new version of Classical Buetooth wireless technology. It is power friendly and allows the devices to consume less energy, and survive with small batteries. BLE is easy to use for developers, it is compatible with all Bluetooth devices.

BLE has some advantages over the classical Bluetooth: low implementation costs, improved pairing speed, enhanced range and some others. Low power WiFi solutions are a WiFi HaLow, incorporating the IEEE 802.11ah technology and operates on the frequency below one gigahertz, characterised by longer range and lower consumption. WiFi HaLow is a proper solution for IoT applications. This protocol easily penetrates the walls and barriers, providing robust connection where conventional WiFi is not so stable. LTA-A or LTE Advanced is the next generation of the LTE 4G network. LTE-A is several times faster then the maximum rate of LTE 4G, it also demonstrates better coverage and stability. Below is the comparison of LTE and LTE-A:

These characteristics are possible due to carrier aggregation (CA) and the enhanced use of multi-antenna techniques (MIMO). RFID or Radio Frequency Identification is a technology that makes any object wirelessly identifiable. It is starting to be widely used in the IoT industry, and it has a lot of advantages. RFID tags can be used many times, because they can be rewritten. It can store a huge amount of data, which can be encrypted, and can be applied with even better security.

The RFID reader can scan and read a lot of RFID tags within seconds. The tag can also be easily integrated into other devices. All these advantages make RFID well suited for use in IoT systems. RFID systems also have an important internal structure. RFID systems consist of an RFID reader, RFID antenna, RFID tag and RFID cables and software. RFID tags operate at frequencies in the range 125-960MHz, and this operating range divides RFIDs into active and passive.

Passive RFIDs can also be subdivided by frequencies to low-, high- and ultra-high frequency. NFC or Near-Field Communication is a technology that basically evolved after RFID, and enables data sharing between NFC-equipped devices. NFC basically has the same operating principle as RFID, but is characterised by limited communication distance – about only four inches. Data sharing starts when another NFC-equipped device enters this four-inch zone. NFC has already found applications at wireless payment systems and within modern smartphones. And it still has huge potential within the IoT.

IoT has huge potential within the industrial and entertainment arenas. The IoT sensors mesaure physical characteristics, like temperature, humidity, light, position, and many others, transforming the signal into digital data, that can then be analysed and used for the consumer’s need. Sensors can be installed in any device, due to the miniaturisation tendency of microelectronics. For entertainment applications the most commonly used sensors are for motion, light, and inertial sensors, for creating games, animations, sports, cameras and so on:

For instance, Digi-Key Electronics offer a wide range of components for IoT application.