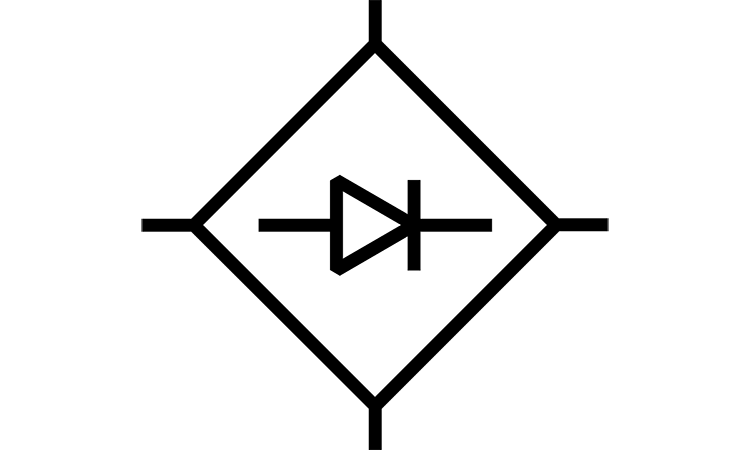 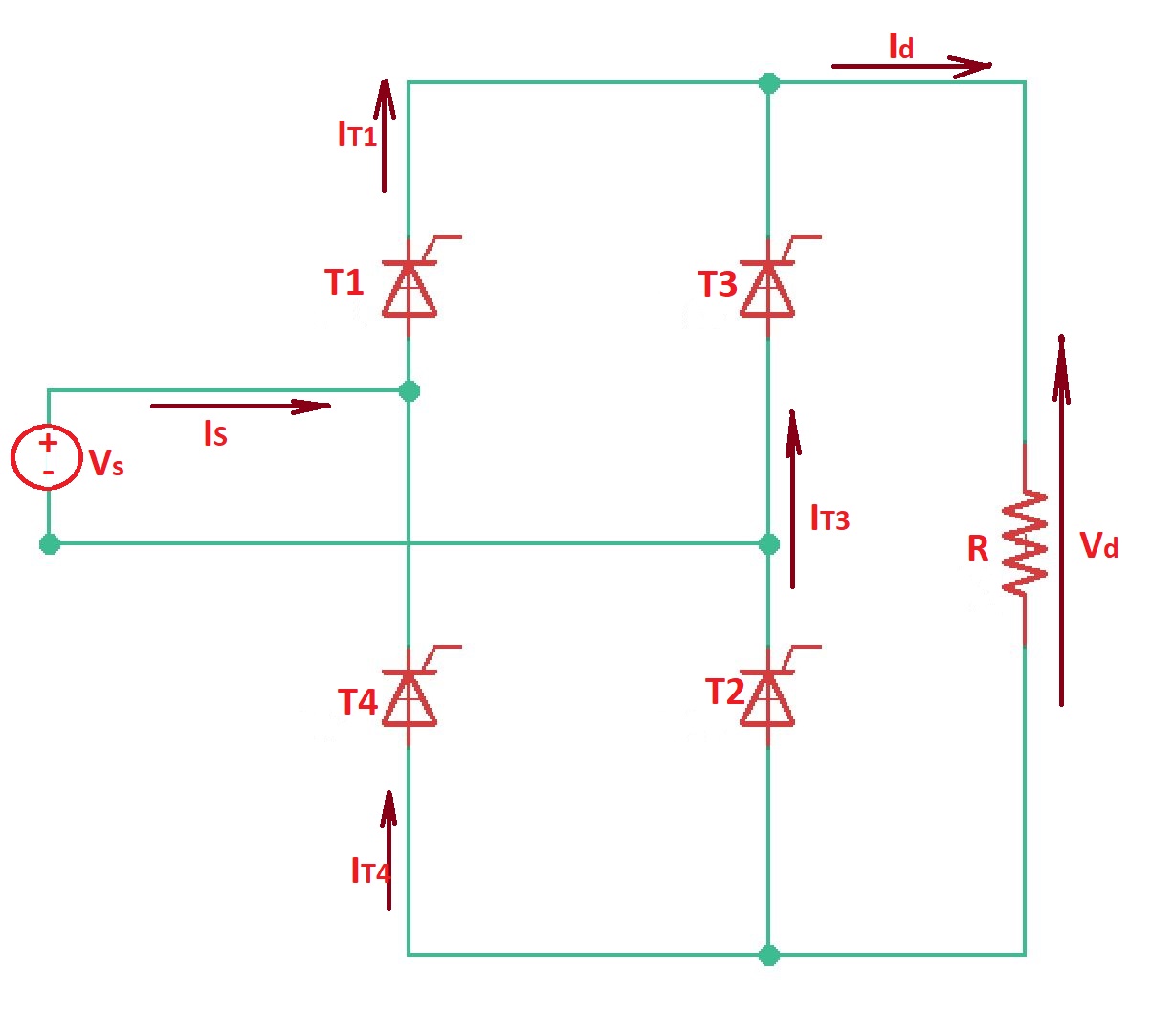 Let’s assume that rectifier has resistive-inductive load, with high inductance. Then the rectifier is a current source. 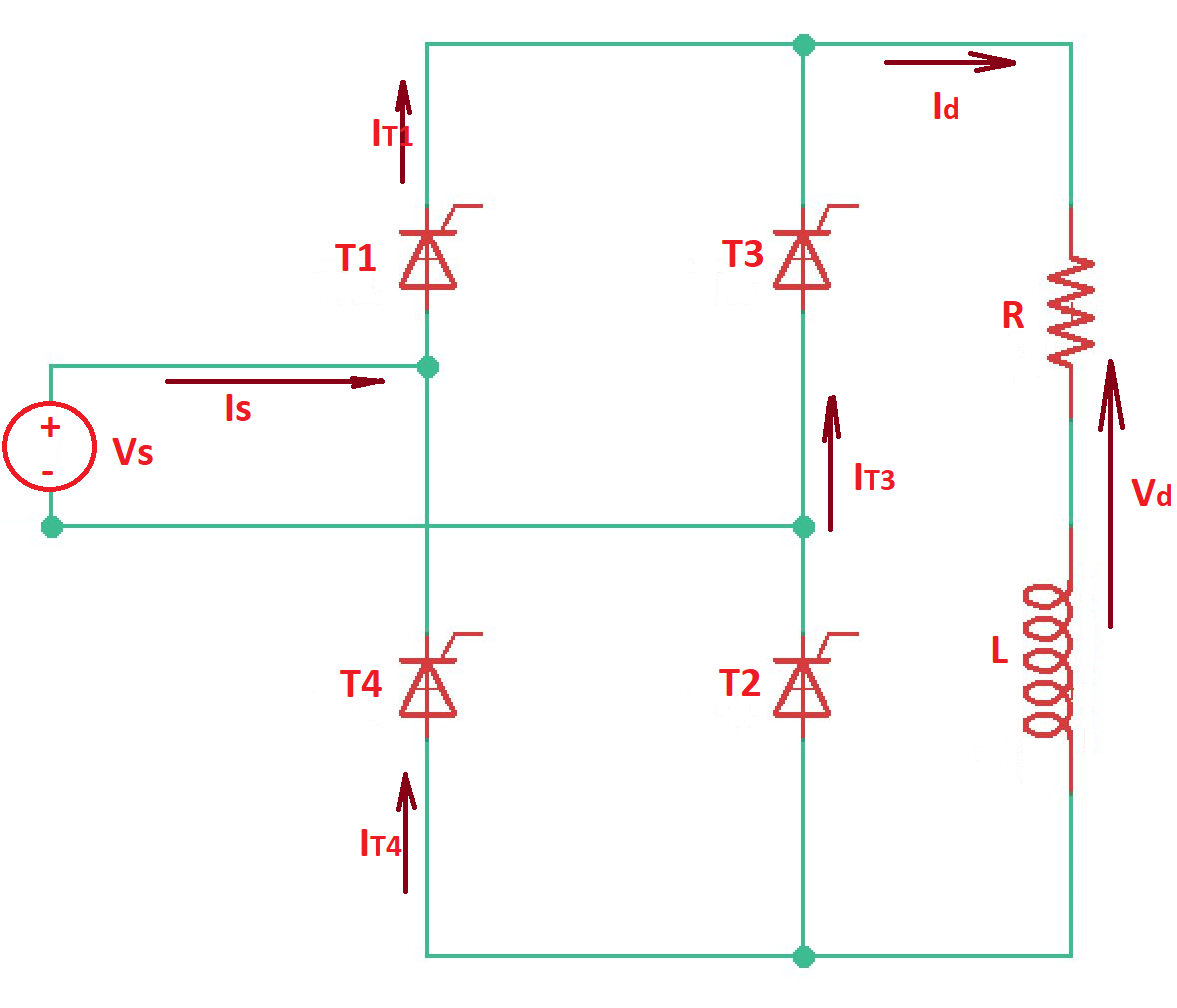 The supply current   has the square waveform for continuous signal and it is shifted by the shift angle in accordance to the input voltage .

The maximum input current is  n here is harmonic order.

is an RMS value. is the total harmonic distortion.

If we have non-sinusoidal current, and sinusoidal single-phase supply then the active power is .

The full power is . Then the power factor is .

It is important to consider the process of commutation in bridge rectifier. Due to the presence of linear inductance in the circuit thyristors are not going off instantaneously, but characterised by the commutation angle (angular period when thyristors are sharing conduction), so  and .

Then  can lead us to . It means commutation angle is increasing when inductance or load current are increasing.

Let’s consider situation when angle . In this case the load voltage can become negative., the power will flow back from the load to the supply. This operating mode is called inverting mode. Inverting mode can be obtained with the circuit below.

More educational materials can be found at the Reddit community r/ElectronicsEasy.