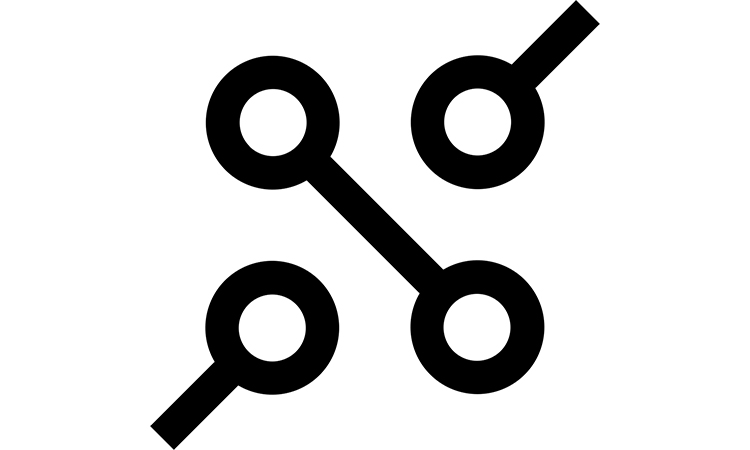 Let’s consider the transient process as depicted on the figure below. It can be described with the differential equation . The solution for this equation is the function  .

The proprietary current or voltage component has the same frequency and waveform as the EMF in the circuit. If the EMF of the circuit is constant, then current through the capacitor is zero, and voltage through the inductor is zero. We should remember this statement along the whole course. The free component of the current or voltage in the linear circuit has an exponential form and usually decaying. 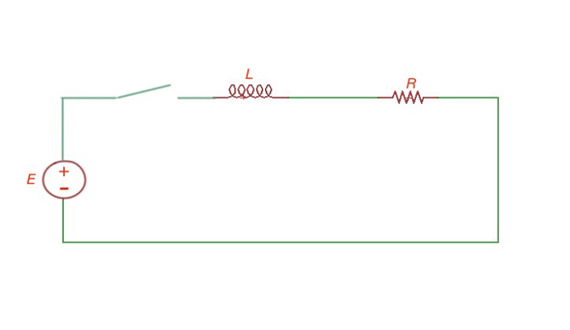 The example of the circuit, performing the transient process.

The total current or voltage is the current or voltage going through the circuit during the transient process, and can be measured and seen on the measurement equipment. The proprietary and free components are playing a second role here.

Task 1. Show that the current through the inductor and voltage through the capacitor can’t change intermittently.

So . Here . These expressions give us the voltage of the capacitor . Let’s consider the example circuit in Figure 2. The Kirchhoff equations for free currents here are:

These equations are algebraic, not differential, which simplifies the process of current calculation. These equations can be resolved with the determinant method, known from linear algebra. Let’s define the free currents in the following way: , here

It means that all the free currents . However, free currents can be different from zero, if . This equation is a characteristic equation, that helps us to determine the b parameter.

Another way to obtain the b parameter is to create the input internal resistance of the two terminal with the AC  , to replace ω with b and resolve the characteristic equation .

Doing the switching-off in the circuit with huge values of inductances can be dangerous, because of the overdrives generated on the different circuit parts. These voltages can be much bigger than the voltages of the stable circuit, that involves risks for the circuit. 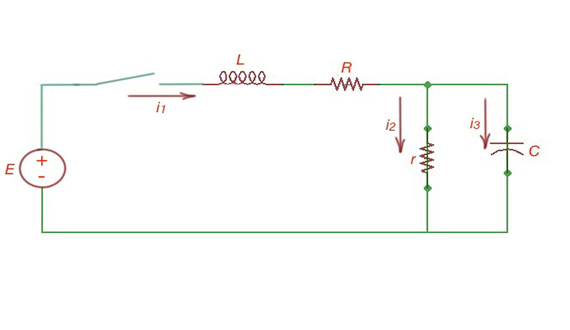 The example of a circuit performing the transient process.

There are a few more methods of resolving characteristic equations – operator method, integral Duamel method, and some others you can read about in supporting literature. However, operator method is very useful and will be described further.