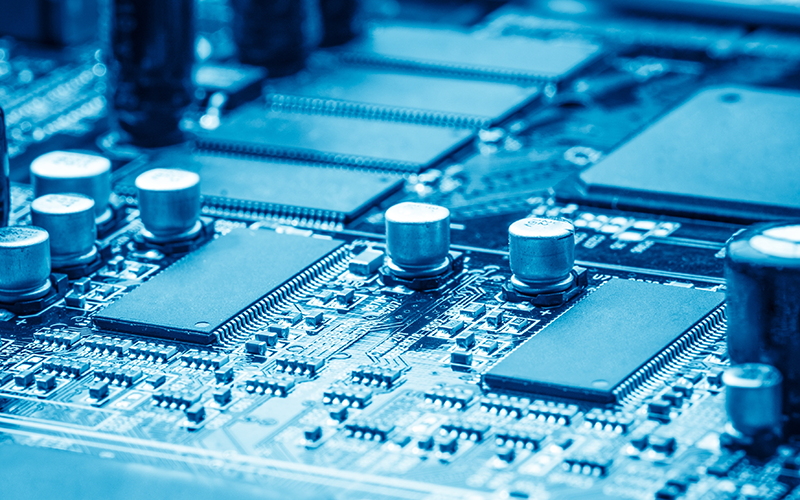 The world is currently in the midst of a technological revolution. With increasing level of tech integration into all parts of human life, innovation and ingenuity is more streamline than ever. Tools such as open-source software are easily accessible, allowing specialists to the general public to contribute together towards a better future. But behind every software change is a hardware functioning accordingly. So how do they work?

Objective : To understand the concept of capacitance

When cycling, skating, or skateboarding in a park, you have probably noticed that the surface is smoother and slipperier than compared to the road or soil. This is because at the micro level, the surface of the concrete laid area of the park has less ridges compared to a similar piece of concrete road. These ridges might be tiny but over a large area can make a different to how objects move over them. So how does this relate to electricity?

💡 The voltage and current output from mains power (from the wall plug) is an alternating current (AC). This means both the voltage and the current move in a wave like pattern between a high and a low signal. However, most household appliances, such as lamps, TVs, our mobile phones, all operate using a continuous high signal of voltage and current called direct current or DC. In order to convert from AC to DC, there are specialised converters to do the job for us. It is a complicated multi-step process in which, smoothening the ridges is an important step. This can be done with the help of capacitors! 💡

Batteries on the other hand store electricity. They come in all shapes, sizes, and capacity to suit our everyday needs. In a way, they are similar to the internal storage of computers and mobile phones. But what if there is a need for short bursts of backup electric energy through a circuit? The idea of a capacitor is useful in such applications.

A capacitor is a component that can store electrical charge

Capacitors are clever components that use the idea of electric fields to store energy. When two bar magnets are brought close to each other, the like poles always produce a force against each other, pushing them apart. The same principle applies to the internal structure of a capacitor. Two parallel conducting plates are placed along a plane with an even gap across them. This gap is filled with an insulating fluid called Dielectric.

💡 One of the primary needs for a dielectric is to prevent charge carriers jumping from one plate to the other. The capacitor power rating is often limited by the dielectric’s ability to insulate the two parallel plates and not break down! 💡 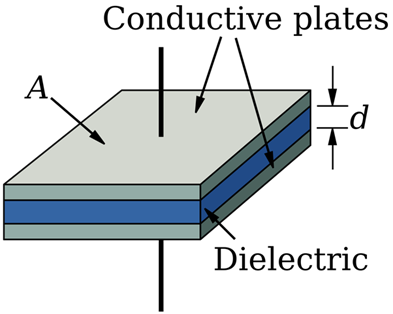 The ability of a capacitor to store charge can be measured in a unit, called capacitance.

Capacitance is the ratio of the amount of electric charge stored to a difference in electric potential.

To calculate the exact rate of charge for a charging and discharging capacitor, two equations can be derived using voltage, current, resistor, charge, and capacitance relationships. This is further elaborated in an advanced article on capacitance.

As previously mentioned, a capacitor contains two parallel conductive plates separated by a dielectric. Like a power source, capacitors are placed across components. When the circuit is powered on, charge carriers flow along the circuit, through power-consuming components and back to the power source to complete the circuit.

You can think of the circuit as a multi-lane motorway which only moves in one direction. There are no U-turn opportunities but there are roads that branch off from the motorway and back onto it.

The diagram shows a simple test circuit to illustrate the use of a capacitor. During this time, the voltage per charge carrier increases till the capacitor is saturated. 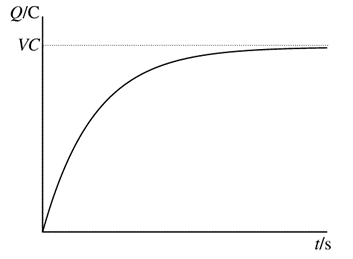 The following is an equation used to calculate the charge over time, or current of a resistor-capacitor circuit in series.

Now lets assume the power supply is turned off. The capacitor takes over to act as the secondary supply to keep the lamp lit. To do this, the surplus of charge carriers saturated on the positive conductive plate do not feel the magnetic force pushing against them due to the lack of charge carrier flow. This creates a concentration gradient between the positive plate and the lamp. As a result, highly energised charge carriers reverse the direction of charge flow and move in the opposite direction to towards the power supply and into the lamp. The capacitor is in its discharging state.

The following is an equation used to calculate the charge over time, or current of a resistor-capacitor circuit in parallel. This is similar to the circuit of the lamp above.

As mentioned, an in-depth derivation and further elaboration of the structure and calculations related to capacitors is available on our website.

Example: An electrician is diagnosing a circuit board of a fault. He knows the voltage through a particular branch is 10V and the branch contains a capacitor rated at 10mF. What is the current along the branch?