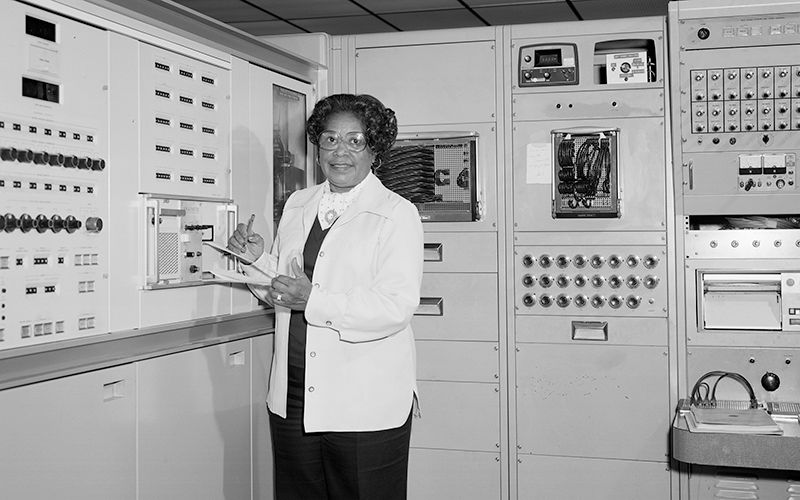 Engineering is a male-dominated field. In fact, women accounted for only 14.5% of engineers in 2021. Throughout history, women have battled prejudices to contribute to the world of engineering. Despite this, the inventions of women have been revolutionary, and the world as we know it wouldn’t be the same without their legacies.

To kickstart the list of inspirational female engineers, let’s explore the many achievements of Dr Tahani Amer, a modern-day American-Muslim engineer.

Tahani moved to the US from Cairo, Egypt when she was only 17 years old. A mother of two, Amer has a number of academic achievements under her belt – a BSc in Mechanical Engineering, an MSc in Aerospace Engineers, and a PhD in Engineering from Old Dominion University in Norfolk, Virginia.

Amer is an aerospace engineer at NASA. During her time with NASA, she has gained both theoretical and hands-on experience, from working on computer coding to fitting a velocity probe in a wind tunnel. Dr Amer has also created and patented a new system to measure levels of thermal conductivity of thin film. Impressive, to say the least.

Next on the list is another notable aerospace engineer: Mary W. Jackson. Preceding the success of Tahani Amer, Jackson became the first black female engineer at NASA in 1958. Considering this monumental feat, it’s no wonder Jackson is on our list of inspirational female engineers.

At NASA, Mary explored how air behaves around aeroplanes. After a successful career, Mary continued to challenge gender stereotypes and prejudices that were present within engineering. As a woman, she was not given the promotions she deserved as an acclaimed scientist.

In response to this, Jackson became the Langley Research Centre’s Federal Women’s Program Manager. Here, she worked towards gender equality within the wider engineering field, paving the way for young women who aspired to be like her.

Born in 1838, American inventor Margaret E. Knight utilised mechanical engineering to improve manufacturing in the Victorian Era. Throughout her life, she created over 25 inventions, from a compound rotary engine to a shuttle restraint system.

Margaret is renowned for her creation of the paper bag machine. While working at the Columbia Paper Bag Company, she invented an automated machine to improve the process of folding paper bags by hand. Knight went on to co-own the Eastern Paper Bag Company, continuing her legacy as one of the most influential female engineers in history.

In 1868, a man attempted to claim credit for her invention. A force to be reckoned with, she won the rights to patent her machine, and the rest is history. If Knight was alive today and able to study a mechanical engineering course at university, we can hardly begin to imagine the inventions she would create.

Fast forward to 1932, where Beatrice Shilling was leading the way for women in the aeronautical industry. After completing an MSc in Mechanical Engineering at Victoria University in Manchester, England, Beatrice worked in the Royal Aircraft Establishment.

During this time, Shilling created the revolutionary RAE Restrictor. This component stopped engines from flooding or starving themselves of fuel. The creation was invaluable for the allied efforts in World War II, as Royal Air Force pilots claimed engines were stalling during combat.

Beatrice went on to join the Institute of Mechanical Engineers, completing work on rocket propulsion and supersonic aircraft. From a young girl interested in the mechanics of motorbikes to an inspirational female engineer, Shilling’s achievements are worthy of her esteem.

These women are shining examples for young women today. Whether you’re interested in pursuing a career in engineering or you’re simply here to learn about the often overlooked achievements of women in a male-dominated field, we hope this article has inspired you to learn more about inspirational female engineers.