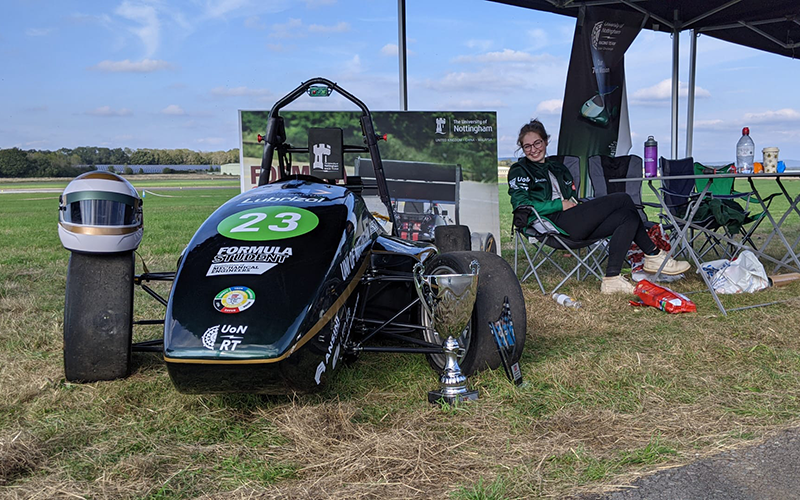 Sparking Amy’s interest in engineering was her family friend, a Senior Engineer at Tesla who came to test the family’s Model S: “There were all sorts of graphs, and he was looking at the charging. It was using maths, which I loved at the time, and I remember thinking wow, that’s something I could do.”

Although none of her family had a background in STEM, Amy’s main support structure was her parents: “They don’t care about gender stereotypes, so it’s always been that they’ll support me no matter what.”

Working extremely hard in her studies, Amy was also lucky enough to land a weeklong internship with an energy company when she was 17, which she explained allowed her to build on her current knowledge. She also had another internship opportunity, both of which allowed her to experience the industry first-hand and discover if she wanted to go into the electrical side at university. “I am so fortunate to have had these experiences and to be able to do an internship so early on,” Amy exclaimed.

In summer 2021, Amy received sponsorship to work in the zero-carbon transport sector: “That was probably my proudest moment, and to see that I’ve lined up for my future and I’m going to be in that area is really amazing.”

“My Granny, who was a real source of inspiration as she did what worked for her no matter the stereotypes, passed away shortly before I got my offer of sponsorship so it felt very poignant to set myself up with sponsorship, especially going into engineering where we know women aren’t necessarily in the majority,” she continued.

Studying for her GCSEs also made Amy feel empowered: “I felt like I could really take on anything after doing so well in my GCSEs, especially as I did them as a home educated student with no external support.”

A key characteristic of Amy is her perseverance, evidently leading her to where she is today: “Even when I have not believed in myself, I’ve had the courage to keep going and driving forward.”

Over the last two years, being part of the University of Nottingham Racing team and working on the Solar Car project, stands out as a memorable and most favoured experience for Amy.

Amy explained how she emailed the academic lead of the Solar Car project asking to be involved in any possible way when she was given the role of Electrical Lead.

She said: “It’s been amazing, definitely at times stressful and a lot to manage, but it’s been a phenomenal experience so far.”

It goes without saying that more needs to be done to encourage greater diversity in STEM. Amy explained the case for her specific course: “The industry is representative of the engineering situation as a whole. There are of course more men than women on my course.”

Its vital that collectively, primary and secondary aged children from all backgrounds are encouraged into STEM subjects. In 2021, Amy was party of the Inspiring Women in STEM project where she virtually attended schools, speaking about incredible women throughout history, encouraging young girls into STEM.

When meeting primary or secondary aged children, Amy always leads with the fact that she’s an engineer: “The minute young girls hear you’re an engineer, they open up. The number of girls that have told me afterwards that they’ll be an engineer, or a scientist is amazing, and I think this spark begins there.”

At university level, it is about encouraging more participation and allowing a greater understanding of the experience of women.

In five years’ time, Amy hopes to be working with zero carbon flight. The industry, specifically zero-carbon flight, is a hugely important area which Amy believes needs to be further tapped into to achieve zero-carbon.

In the meantime, Amy will continue to develop her industry skills, specifically focusing on working as a group: “To be able to maximise that skill efficiently would be excellent.”

Pursuing her passion for solar car will also take priority: “We don’t see lots of women in STEM in positions of leadership, and so to be part of a management team where I’m not the only female in a position of leadership is amazing.” 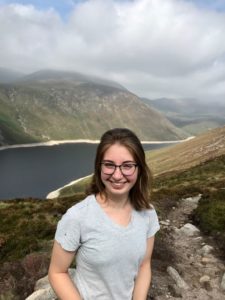