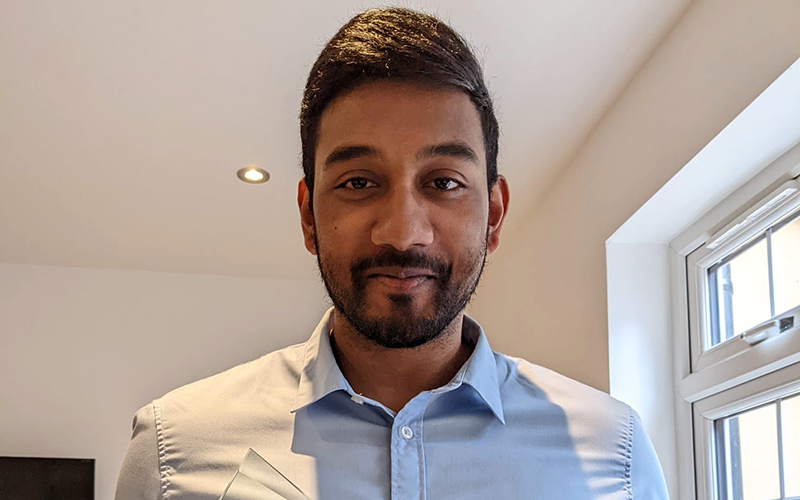 A Coventry University graduate’s work to help prepare Coventry for the electric car revolution, has seen him honoured with a top project management award.

During his course at Coventry, Anujan led a team developing a project delivery plan for Coventry City Council to install 39 taxi ULEV (Ultra Low Emission Vehicle) chargers across the city centre with the purpose of promoting environmentally friendly transport and contributing to the local strategic infrastructure program.

With the UK planning to ban the sale of new petrol and diesel cars by 2030, the need to expand the UK’s network of electric car charging points is vitally important.

Using their local knowledge the team identified 15 locations for chargers, weighing up multiple factors before deciding where they would best be placed.

The work didn’t stop there though, Anujan’s team also had to work with a range of outside stakeholders on the project, analysing the risks involved and working to a budget.

After his nomination for the APM Midlands Branch award, Anujan was required to present the project to a team of judges. His performance saw him walk away with the regional award and Anujan then went one better, being selected during the Festival of Education and Research 2022 as Student of the Year at national level, ahead of all the other regional winners.

Anujan, said: “With the UK’s goal being to end the sale of new petrol and diesel cars by 2030, it was great to work on a project which could have real-world applications. I came across Coventry University whilst working on a placement with Bosch, but what really attracted me to the course was that it was accredited by APM, which is a really big and respected organisation.

“I’m so proud, it’s such an honour to have been given the award, it did come as a surprise. My lecturer at Coventry came to me and said they wanted to nominate me for it and I made a presentation about our project when I was nominated at regional level, it was a bit nerve-wracking presenting it to the judges.”

Originally from Genoa in Italy, Anujan has already completed work placements with prestigious names such as Bosch and Jaguar Land Rover, since moving to the UK in 2016.

He now works for TSB bank in a project management role based in Coventry.