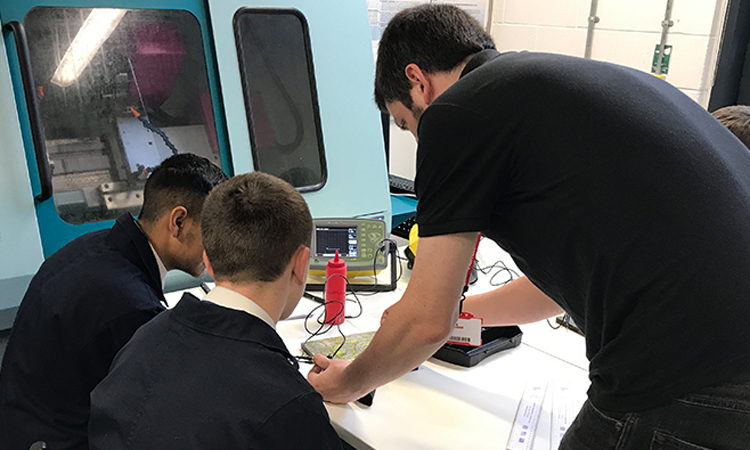 As Lavender International NDT continues to raise awareness of engineering, specifically NDT, to young people by providing hands-on demonstrations at local schools and colleges, the company has announced its backing of the government’s Year of Engineering.

Lavender International specialises in Non-Destructive Testing (NDT) training, examination and consultancy services, and was originally founded in Sheffield in 1976.

It now offers training and support programmes across the world from international locations such as the US, Greece, South Africa, Canada and Abu Dhabi.

Lavender’s recent partnership with Skills Training UK (STUK), allows the company to support the delivery of two of the NDT apprenticeship standards, by delivering approved NDT training as a sub-contractor to STUK.

This new partnership supports the government’s pledge to encourage young people to take a closer look at engineering as a career choice. The NDT Operator Apprenticeship and NDT Engineering Apprenticeship have been developed to ensure that apprentices are trained to the highest standards and become rounded technicians with the hope that they will fulfil the skills shortage gap within the industry.

Lavender is committed to the success of its team, and made the decision to become employee-owned in 2015. With every team member now a co-owner of the business, they are equally motivated to ensure the success of the company and look forward to revealing their plans for employee ownership day taking place in June at a later date.

Tim Armitt, Managing Director, said: “As an NDT training company, our belief in the power of people and our commitment to securing the success of both our team and the people we train is at the heart of everything we do. Our recent partnership with STUK, who are the only organisation to twice achieve the ‘excellent’ score in the Merlin Standard Accreditation, means we’re able to work alongside an organisation who align themselves so naturally with our own core values of quality, flexibility and trust, and who are equally as passionate about delivering the highest possible quality levels of training to all apprentices.

“We’re really excited to be working with STUK to deliver training of these standards to our apprentices. We look forward to helping to grow the next generation of NDT technicians and introducing more people to the fantastic world of engineering – especially during the government’s Year of Engineering.”