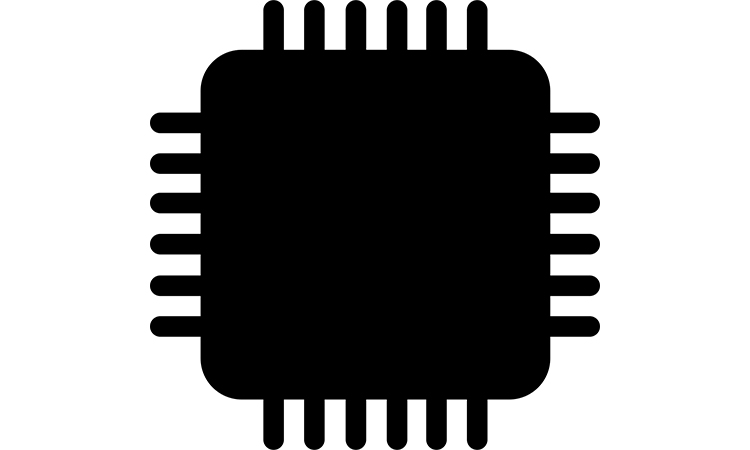 The embedded system usually runs to scale down operating system RTOS (real-time operating system). The application number for embedded systems is countless. They already run a lot of home appliances, cell phones, cars, smart devices and others. Embedded systems are highly applicable in industrial applications. Often embedded chips are programmed by the CPU’s (Central Processing Unit) machine code. Often embedded systems are also programmed by higher level languages like Embedded Java or Linux OS and others. The last ones are more applicable for system on chip (SoC) designs because they are fast enough or tolerant to time variations for real-time processes.

The microprocessor or embedded system programming is no easy thing. There are many obstacles in the way of embedded sysytems programming. But this will be discussed later.

CPU clocks in modern microprocessors move much faster than other clocks, synchronising all the rest of the processes in the microprocessor. I/O communications at the microprocessor usually happens through the I/O bus that is multiplexed. The I/O bus also moves slower than the CPU. The method of transferring information between internal storage and an external I/O device is called an I/O interface. The CPU is interfaced by special communication links. These links are used to resolve the differences between the CPU and peripheral, using special hardware components.

Programmable data transferring is achieved via the special instructions written in the computer program. When data transferring from the memory or CPU register, the CPU constantly monitors the peripheral devices. This is not the most optimum method of data transfer. Another method would be to interrupt the I/O method. It involves interrupting the facility and the special commands that initiate the interrupting signal when data is available from any device.

The third method of data transfer is DMA. The speed of the data transfer is limited by the CPU speed. For this purpose the peripheral devices can communicate directly between each other, avoiding the CPU interruption, and using memory buses. This method is called direct memory access. The CPU is not controlling the data transfer between the memory unit and peripherals. There is a DMA controller for this purpose, which controls all the interaction between the memory unit and I/O devices.

As was mentioned above a microprocessor contains a programmable controller, programmable I/O and programmable timers, among other semiconductor chips on the board. Programmable timers are very useful for performing different operations. After the trigger is switched, another operation can start. Timers are also used as a real-time clock (RTC), that monitors and tracks time of human activity. RTCs are usually equipped with a battery when the embedded device is plugged into the power, and it cannot be stopped by switching the power off. All modern microprocessors contains the internal RTC chip on board.  RTCs are also useful when a system has to do some periodic operation.

Big variety of embedded systems can be found at Digi-Key Electronics catalogue.