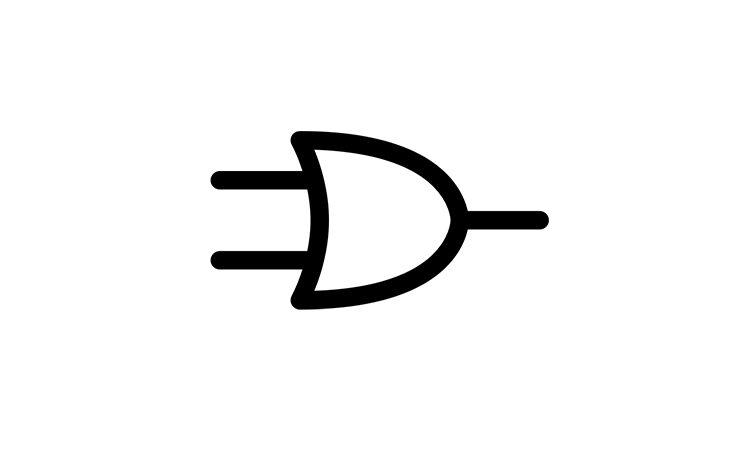 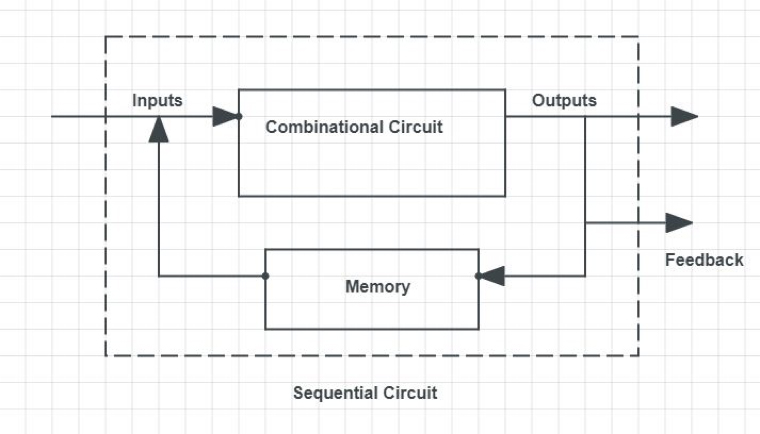 You can see inputs and outputs on the diagram and also at the same time there is a storing process happening that particular output on outputs on the memory block.

This memory will keep the output till the time the it will be going to be used again. Let’s say time comes and it’s time to use the values stored in this memory and these values will be used as the inputs.  So as a result there is a present inputs and the outputs and also the memory element which has already stored the output from the previous inputs.

In a sequential circuit, everything is combinational except the memory and feedback.

Comparison Between Combinational and Sequential Circuit