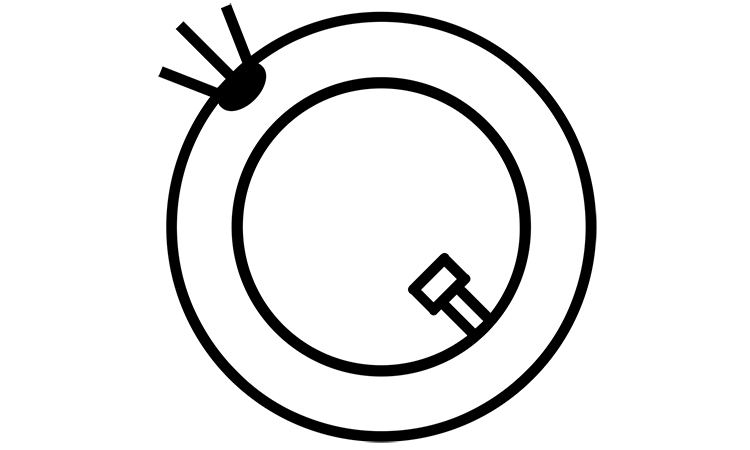 This post answers the question “What are defects in crystals?”. There are no naturally occurring ideal crystals. Every solid compound has some deviation from an ideal periodical lattice. These deviations are called defects or imperfections of the solid structure. They tentatively can be structured as dynamic and static. Dynamic defects can happen during mechanical, thermal or magnetic impact. The most frequent example of dynamic defect is phonons – temporary distortion of a crystalline lattice caused by thermal atom motion.

Before introducing the concepts of defects, we must introduce some basic concepts  for materials. As has been said before, pure material with only one type of atom doesn’t exist. There are always some impurities which form defects in a solid. The most frequent metal is alloy. Alloy is a metal where impurities were intentionally added to modify some properties of the solid. A solid solution is a result of adding impurities into a metal. Solvent is an element which is present in a compound in the greatest amount. A Solute denotes an element in a minor concentration in a compound. A Solid solution is a compound which is  formed by adding a solute atom to the solvent without changing a lattice. A Solid solution is homogenous, and impurity atoms are randomly dispersed across the compound. There are two types of point defect in solid solutions: substitutional and interstitial.

Vacancies and self-interstitials
Vacancy is the simplest form of defect. All lattice cells are normally occupied, but in some places atoms are missing – these non-occupied sites are called vacancies. All solids contain vacancies and it is not possible to create a solid compound free of such defects. Vacancies are increasing entropy of a crystal. And the total number of vacancies , for a given quantity of material depends on the temperature by the Boltzmann’s equation:

where  is a total number of atomic sites,  is an energy needed for vacancy formation,  is a Boltzmann’s constant.

Most dislocations in the crystalline compound are neither line, nor screw. These dislocations are called mixed dislocations. Every solid compound has dislocations, caused by mechanical stresses and heat treatment.

Figure 3 shows dislocations in the alloy.

Bulk defects
Bulk defects are those formed during compound production. The bulk defects include cracks, pores, foreign inclusions and other defects. They are all the result of fabrication process. Some of these defects impact the compound properties, even more significantly than the ones described in this module.Atomic vibrations
Every atom oscillates solidly around its position in a lattice. And this atomic behaviour is also a defect called atomic oscillation or vibration defects. Each oscillating atom has different oscillation frequency, amplitude and energy. At a given temperature, there is a distribution of oscillation energies around average energy magnitude. The oscillation energy of every atom varies at a random manner. And oscillation energy increases with increasing temperature. Many properties and processes in solids depend on the atom’s vibration energy.

More education posts are available at our Reddit community r/ElectronicsEasy.