Home ⁄ Blog ⁄ Women and girls in science are the rule, not the exception 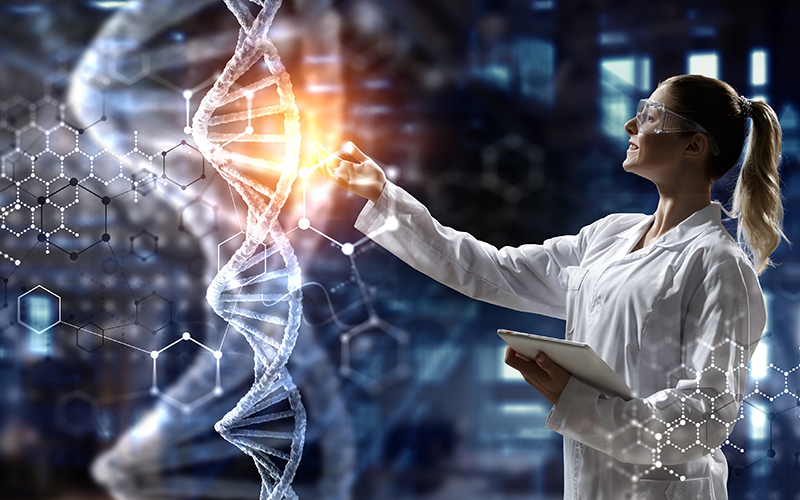 A popular myth has always been that women are less interested in Science, Technology, Engineering and Maths (STEM) fields than their male counterparts. Women who have gone on to become accomplished nano-scientists and microbiologists, astrophysicists and storm chasers, are considered a rare exception rather than the clear proof of the drive and ambition of women to succeed in STEM careers.

Consequently, for the past 20 years since the acronym was first introduced, businesses and governments have been trying to redress the balance. If the myth was true, this global effort would reveal comparable results in terms of representation of women in STEM careers across different regions. But this isn’t the case. When we look at the numbers, some countries are clearly more successful than others.

The story of who succeeded and why, holds some important learnings for the rest of us. In essence, the successful countries are those who focused on effectively dismantling the belief that STEM careers are ‘simply not for women’. They then went ahead to make STEM careers interesting, desirable and gratifying choices for women and girls.

Keeping in mind those high percentages of women in STEM in some countries, let us agree that the principal reason that women are less keen to choose a STEM career has nothing to do with a lack of skill or motivation; it has everything to do with a belief that they are more likely to enjoy success in other fields. It is societal mantras that have typically held that women should aspire to other non-STEM-related careers.

While stereotypes undoubtedly persist among both women and men, sociologist Dr. Shelley Correll has found that even when girls have levels of previous achievement in mathematics equal to those of boys, girls rate their own abilities lower. Women also tend to set themselves a higher bar for determining proficiency and are often held to a different standard. Interventions that create transparent performance criteria and help girls assess their own skills correctly are therefore critical because, as one study put it, ‘when performance is ambiguous, people view women as less competent than men in STEM fields’.

The role of employers

Employers, of course, have a major role to play in both changing the perceptions and reality of careers in STEM. A recent study suggested that while half of all science and engineering degrees are earned by women, they make up less than 20% of people employed in those fields globally. More alarmingly, the same study found that in the US, women STEM graduates are 25% more likely than male ones to be unemployed, and those that do have a job receive far less on-the-job training than their male counterparts.

Organizations that were the most successful in addressing the need for gender balance, diversity and inclusion started by making the case that by employing women in STEM roles they are benefiting from the intelligence, diversity of perspectives and capacity for innovation which comes with gender-balanced, diverse and inclusive teams. They prioritised making their own leadership teams diverse and inclusive, not just in their own organizations, but also within the academic institutions they support and from whom they recruit. They systematically measured the progression of women in STEM roles through their talent pipelines and ensured they are nurtured and supported in their professional journey.

Employers need to be actively and intentionally encouraging more women and girls to study STEM subjects, and when employed, to put in place programs to help upskill and re-skill women in STEM roles. L’Oreal, the first company worldwide to receive the EDGEplus Certification for intersectional gender equity, is a good case in point. It has created The L’Oreal USA For Women in Science fellowship program which every year awards five women post-doctoral scientists with grants of $60,000 each for their contributions in STEM fields and commitment to serving as role models for younger generations.

The 2021 cohort includes Brook Russell, an experimental particle physicist who became the first black woman to receive a PhD in physics from Yale University. She is now working at the Lawrence Berkley National Laboratory with Nobel Laureates, uncovering new insights into how the world was created. The cohort also includes Julie Butler, a neurobiologist at Stanford University, studying how the infant brain works by analysing the behaviour of poison frogs and their tadpoles, and Lilia Xie, a materials chemist at the University of California, working on ways of replacing transistors to improve the electronics of the future.

ENGIE Brazil – another EDGE Certified organisation – is similarly demonstrating its commitment to gender equity and the advancement of women in STEM by supporting a training program for girls and young women to engage in climate action.

In 2021, the ’10-year-old girls project’ brought together young girls (of between 10 and 16) and adult researchers and scientists to promote the value of gender equity in science, and the fundamental role women and girls can play in developing effective environmental actions to meet the UN Sustainable Development Goals. A team from ENGIE Brazil took part in three debates, exploring the impact of climate change on our oceans and forests, and culminating in a 10-year-old’s vision of the future. The inspiring sessions were all filmed and available on the YouTube channel of the Museum of Tomorrow.

Capgemini Brazil is another example of an EDGE Certified organisation that is actively supporting gender equal recruitment and promotion with STEM fields with a dedicated ‘Young Women in Tech’ program. It set out in 2019 to recruit 60 women to work as JAVA and COBOL programmers in Sao Paulo and Salvador, providing three-months of training before being fully employed and placed on an accelerated development track to be promoted after six months. The business recognized that women were under-represented in technical fields, and tended not to study IT-related topics, but that if you invested appropriate budget and resource, you will not only find the right people, but also increase your gender representation.

Seeing is believing and showcasing female talent and success in STEM, demonstrating that the available female talent pool can and should be enlarged in these fields creates a virtuous circle of positive change.

Both men and women can equally succeed in STEM careers; and when that happens it brings enormous benefits for the well-being and prosperity of both our workplaces and our societies.