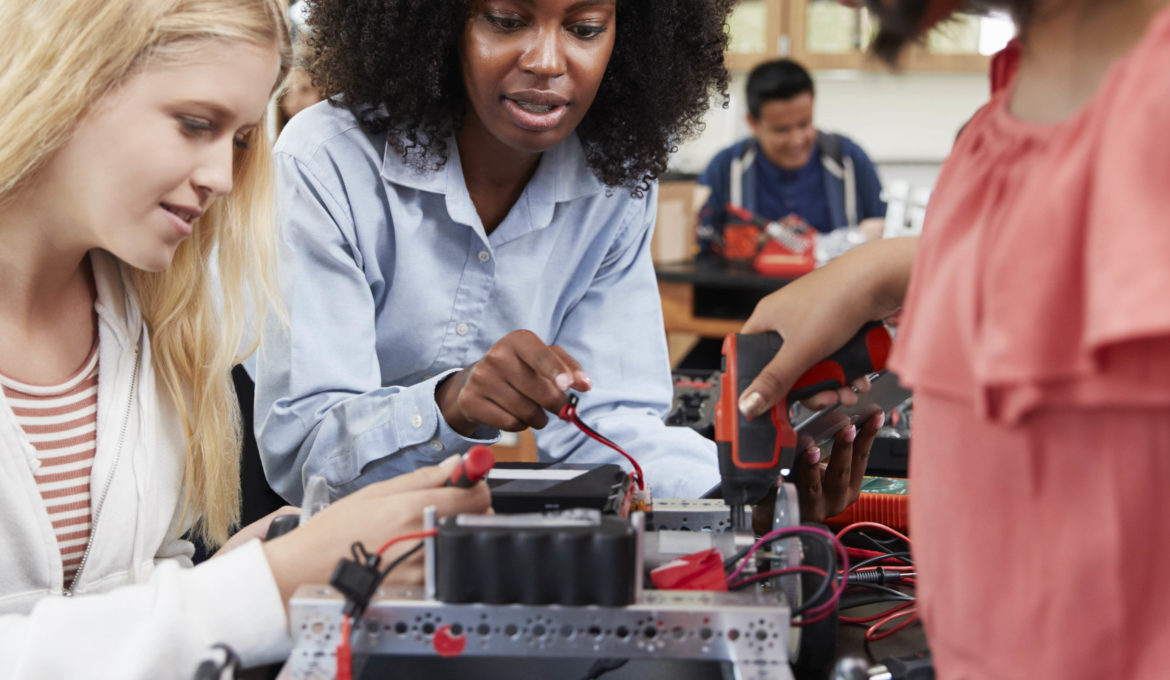 The International Day of Women and Girls in Science took place on 11 February. To mark this day, physicists from the University of Basel hosted a public panel discussion with guests from industry and research. The aim was to discuss strategies for increasing gender balance in science. The program also featured an exhibition on famous female scientists and demonstration experiments aimed at capturing the interest of schoolgirls in particular. In the run-up to the event, UniNews spoke to the two women behind it.

It all started over a cup of coffee. Professor Ilaria Zardo and Professor Jelena Klinovaja are the only female professors in the Department of Physics and meet regularly to share their experiences. The idea soon arose to include the department’s female students and researchers, and the Women’s Network in the Department of Physics was born. The network has been active for about two years now, hosting lunch talks and offering social activities.

This gender initiative was also included in the application submitted for the National Center of Competence in Research (NCCR) SPIN. The Centre for Quantum Computing, which is currently being established, has set itself an ambitious program for equal opportunities, which is intended to support and promote women at various stages of their academic careers.

Women make up less than 30%

The two female professors developed the activities surrounding International Women’s Day together with the female researchers at the Physics Department. “We want to stimulate interdisciplinary discussion and draw attention to the fact that women are still a minority in academia – less than 30% of researchers worldwide are women,” says Zardo. “This problem will only get worse in the future, particularly in the natural sciences and technical subjects, if we do not make a concerted effort to counter it.”