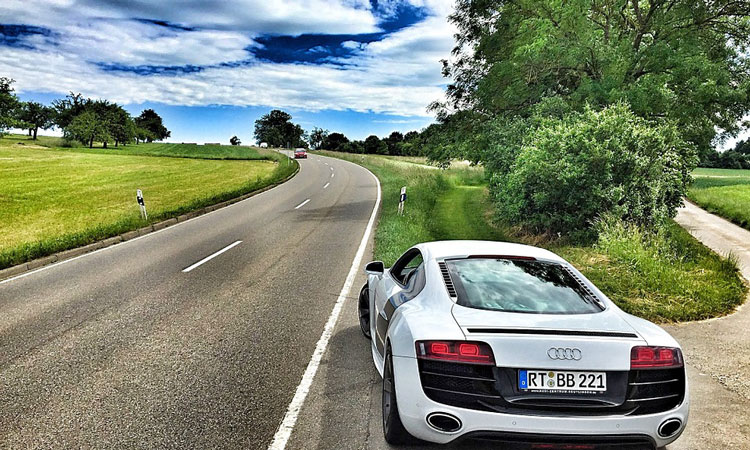 Five students from the University of Leicester are one of only ten teams selected from across Europe to compete in the Audi Autonomous Driving Cup 2018 – where the next generation of innovators will demonstrate how they could help to shape the future of autonomous vehicle technology.

Through a series of competition challenges, teams will go head-to-head in their development of software systems that can control a realistic scaled self-driving Audi.

For the first time, universities outside of Germany and among Europe’s elite will compete. Only two teams from the UK have been sponsored – the University of Leicester and Imperial College London.

Supervised by Professor Mohammad Mousavi, Dr Jan Oliver Ringert and Dr José Miguel Rojas from the Department of Informatics, the University of Leicester’s aptly named ‘DriverLeics’ team (pronounced driverless, alluding to the competition’s domain), will be demonstrating their proficiency in software development, testing, and data processing.

The ten nominated teams are as follows:

Balco, said: “Whilst I’m currently doing a fairly theoretical PhD, the undergraduate Informatics course at the University of Leicester has given me a well-rounded foundation in the practical aspects of computer science. I believe the combination of the two will be especially useful in this competition. Through our participation we are hoping to gain more knowledge in the field of automation and machine learning, which are currently hot topics in the industry.”

Tong added: “I hope to get feedback on my knowledge and be able to employ it in practical applications and improve my team-work ability.”

Professor Mousavi, Dr Ringert and Dr Rojas added: “DriverLeics is an expression of our growing expertise and research activities around Intelligent Mobility and the Department of Informatics’s commitment to improving student experience.”

During the competition, participants develop fully automatic driving functions and the necessary software architectures. The hardware platform used is a 1:8 model vehicle developed by Audi specifically for the contest.

At the cup’s kick-off event on 12th June, participating teams will be introduced to the software framework, given their model vehicles and contest documents. Following the qualifying round in October, the main tournament takes place in November, and is the highlight of the competition.

All participating teams come together and compete against each other under equal conditions. They will be tested on a programme of driving tasks, required to demonstrate a special feature of their approach, and take part in a finale with unknown driving tasks.

The contest committee will be evaluating the driving performance of the vehicle and the software as well as the presentation and elegance of the solution provided by the teams.