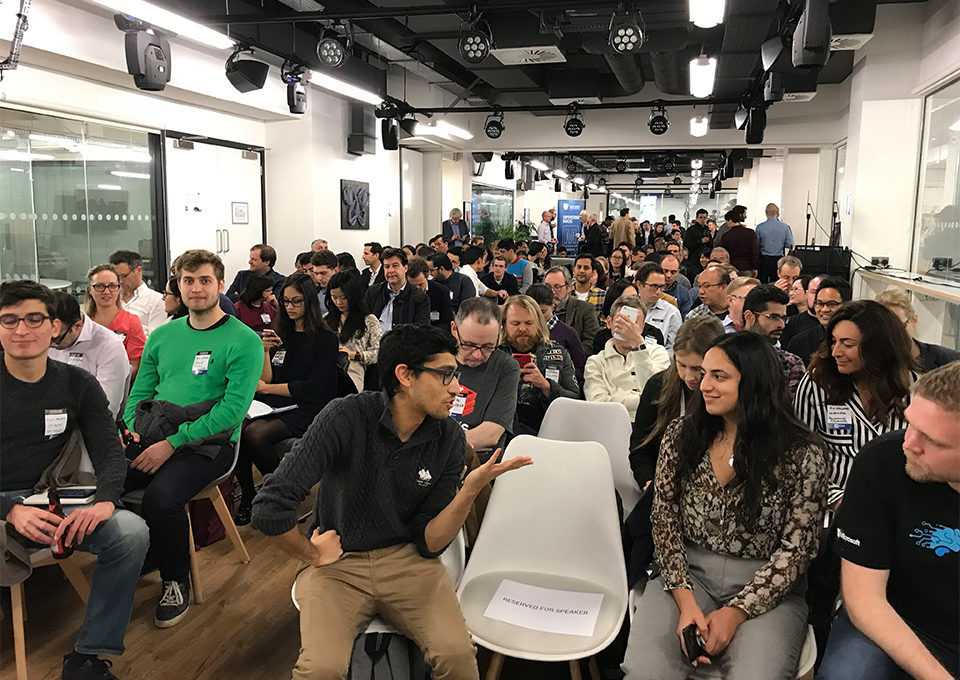 On the 8th of November Hardware Pioneers hosted a networking event on ‘The impact of AI and ML on IoT: Talks by Google, Microsoft and Snips’. The event was attended by more than 100 specialists, from software architects and designers to CEOs of developing companies.

The event was supported by Mouser Electronics and Digi-Key, among others. Hardware Pioneeres took the opportunity at the event to announce the expansion of their technological networking events – next year they will host sessions in four US cities – San-Francisco, Seattle, Boston and New York – aimed at growing the quantity of their audience.

The speakers who attending their November event in London were Michelle Unterbrink, Customer Engineer at Google, Anze Vodovnik and Alysha Arshad, Senior Software Engineers at Microsoft, and Eric Bezzam, Tech Evangelist at Snips, who all spoke about using IoT on the Edge, in applications in industry and in every day life.

Unterbrink told the attendees about the idea of machine learning and how it can be useful in diverse parts of our lives. For example, machine learning assisted Airbus to distinguish clouds from snow covered mountain peaks, and helped Decartes Lab to create a corn and soy forecast months before the statistics data became available.

Unterbrink also told us about the Google Cloud TPU (the Tensor Processing Unit), the ASIC designed by Google that drives Google Translate, Google Photos, Gmail and Google Assistant, by applying machine learning,. Unterbrink also spoke about the Cloud IoT Edge Platform, that can run on Linux-based OS processing which enables machine learning to perform a large variety of devices like robotic arms, and others, using the sensors for real time analysis and outcome forecasting.

Vodovnik and Arshad told us about digital transformation, and machine learning in manufacturing, future factories, and the Sport Intelligence Tool Kit. Engineers from Microsoft explained the Xamarin, a set of tools and SDKs that allows users to develop the applications for Android, iOS and Windows, and its application together with the Movesense sensors. Anze also mentioned the Sports Performance Platform in his speech, which is a sports-analytics platform that, as part of a bundle with a set of sensors, collect, aggregate and visualise the performance data of a sportsperson or team.

The last speaker was Eric Bezzam, who spoke about Snips Voice Assistance platform, and Voice on the Edge. Snips shows how to make machines interact like humans, with natural language. With Snips technology, an engineer can create their own voice assistant, that will conform with their wishes based only on a few examples. The developer can use the Linux, Raspberry Pi, or Android platform, easily combining the privacy and machine deep learning in the same device.

Engineers, entrepreneurs and startups can stay on the edge of technology with Hardware Pioneers talks, workshops and events.