Home ⁄ News ⁄ Astronaut Tim Peake is inspiring the next generation 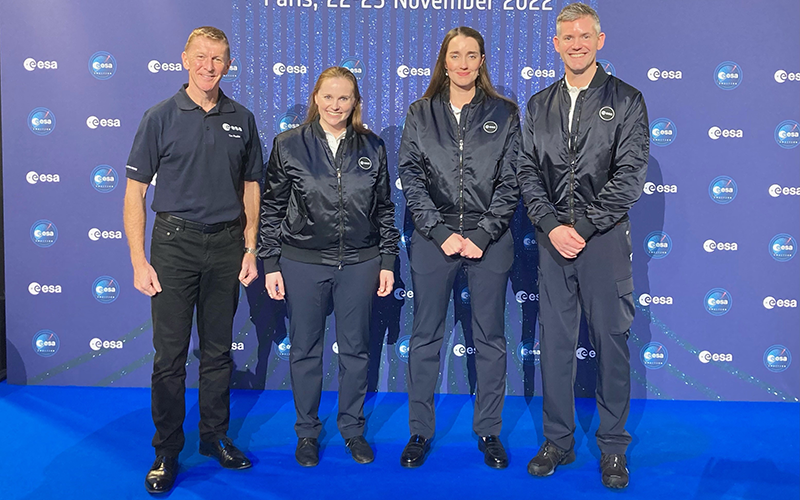 The UK Space Agency has paid tribute to Tim Peake, following his decision to step down from the active European Space Agency (ESA) astronaut corps and assume an ambassadorial role for space.

Tim will work closely with the UK Space Agency and ESA in his new role, where he will use the inspirational power of space and his own journey to encourage more young people to pursue careers in science, technology, engineering and mathematics (STEM).

Dr Paul Bate, Chief Executive of the UK Space Agency, said: “Tim Peake is an incredible ambassador for the UK space sector and has played a leading role over the past decade.

“Not only has he carried out important scientific work, during his historic Principia mission to the International Space Station and while on Earth, but he has inspired millions with his passion for space and the opportunities it offers.

“Tim has played a huge role in promoting STEM education and space careers, and has shone a light on the hundreds of roles involved in getting an astronaut into space, and across the wider space sector. It’s thanks to Tim and those who have worked with him that we can look forward to a new generation of skilled scientists, engineers, lawyers, designers and more, who will help the UK space sector soar to new heights.

“We wish Tim all the best and look forward to supporting him in his next adventure, knowing that the UK’s role in human space exploration is in the safe hands of the new generation of ESA astronauts from the UK: Rosemary Coogan, Meganne Christian, and the world’s first astronaut with a physical disability, John McFall.”

Tim Peake said: “Being an ESA astronaut has been the most extraordinary experience. I have had the privilege of working with an exceptional team of dedicated individuals during the past thirteen years with the Agency, which has been incredibly exciting and rewarding. By assuming the role of an ambassador for human spaceflight, I shall continue to support ESA and the UK Space Agency, with a focus on educational outreach, and I look forward to the many exciting opportunities ahead.”

Born in Chichester in 1972, Tim was selected as an ESA astronaut in May 2009, making him the UK’s second astronaut after Helen Sharman. His Principia mission, which launched in December 2015, saw him become the first UK astronaut to visit the International Space Station (ISS).

During his six-month stint onboard the ISS, he became the first person to complete a spacewalk while sporting a Union Jack on his shoulder, to repair part of the station’s supply. He controlled a rover remotely in the Stevenage Mars Yard, helped dock two spacecraft, ran the London marathon on a treadmill, and took part in scientific experiments for ESA and international partners.

Before returning to Earth in June 2016, Tim also worked with the UK Space Agency to engage more than two million schoolchildren across the UK – approximately one in three schools – in over 30 projects.

Tim has since held several ESA positions, including Head of Astronaut Operations, and has become well known for his work to champion space through education and outreach activities, encouraging children around the world to think about the opportunities that space can offer.

ESA’s Director General Josef Aschbacher said: “Tim has been a role model for kids, aspiring youngsters and young professionals alike, inspiring millions of them and at the same time being an excellent ambassador for the whole of ESA, its values and its ambition – I would like to thank Tim most sincerely and am looking forward to his continued involvement with the Agency.”

UKspace Chair, John Hanley, said: “For more than a decade, Tim Peake has inspired millions of people of all ages in the UK and internationally through his energy and commitment to STEM education and outreach. By being the first British astronaut to visit the ISS and complete a spacewalk, Tim has showcased space and brought awareness to the masses of the power and value of space-based technology and data. UKspace wishes Tim every success in the next stage of his career as he continues to educate and inspire people through his ambassadorial work.”

ESA announced its latest cohort of astronauts during the ESA Council of Ministers 2022 in Paris in November 2022, including the UK’s third career astronaut Rosemary Coogan, world-first astronaut with a physical disability, John McFall and member of the ESA astronaut reserve, Meganne Christian.