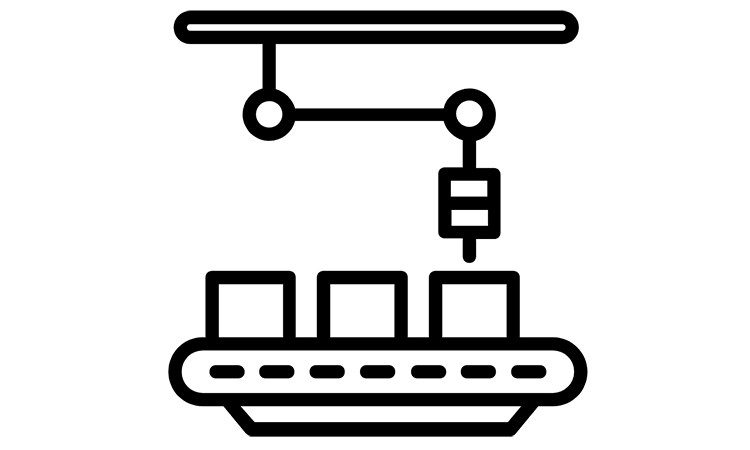 This post describes 5 main components of a robot. Every single object can be explained in terms of the energy source, control unit and the tool to carry out certain functions, that are connected to each other.

The system can contain any number of elements, so energy sources can be similar or different, in order to perform certain functions. Another important term here is manipulator. Manipulator is a mechanism, consisting of a series of segments, jointed relatively to one another, and used for collecting and moving objects  in certain dimensions. Manipulator can be remotely controlled by human or computer.

In terms of manipulators, system can be divided into groups:

Structure of automatic industrial systems or 5 main components of an industrial robot can be represented by the following blocks:

Feeding or loading block is usually represented as wires, liquids, strips, special parts and so on that helping to support operations like orientation,measuring and so on.

Function blocks are usually made for processing functions like assembling, cutting, pressing and so on.

Inspection blocks responsible for checking how correctly object was processed by automatic industrial system and if it is in the right position.

Discharge blocks are used for discharging the objects from one manufacturing step and moving it to the next one.

More technical and educational posts can be found at our Reddit community r/ElectronicsEasy.