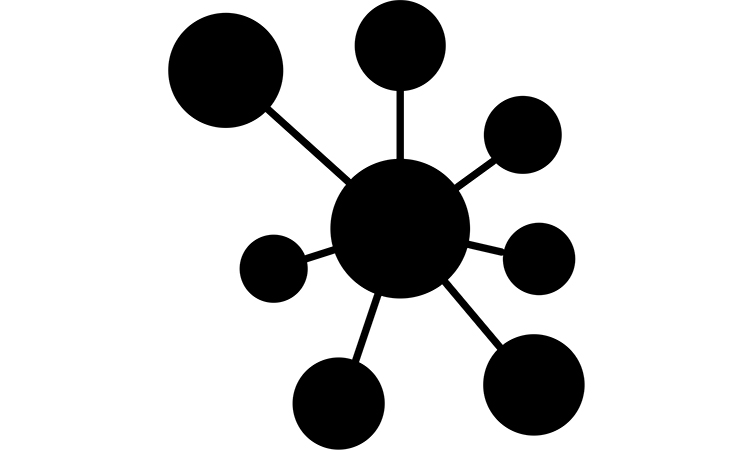 The essential particles that construct all materials are electrons, neutrons and protons. Protons and neutrons form the atomic nucleus – electrons fill the atomic orbits, compensating the positive nucleus charge. Atoms are connected to each other with different kinds of bonds, depending on the atoms nature, covalent bond, ionic bond and others.

A Hydrogen atom consists of a proton and electron. By the simple model of an atom, an electron is orbiting around the atomic nucleus. Quantum mechanics state that electron movement is described by the wave function, spherically symmetrical in the isolated hydrogen atom. So the electron charge is diffusely distributed, forming a cloud.

Possible orbits for electrons in the atoms are those where the length of orbit is the  whole electron wavelength:

From here we can get the orbit radius and energy levels corresponding to them:

where  and  is s nucleus charge.

According to the law of minimum potential energy of the system, an electron goes to the minimum energy state with a bounce or by successive transitions. When an electron moves between energy levels, it releases the quantity of energy, corresponding the energy difference of the levels.

Remote atoms have a discrete bar-shaped structure of energy levels (they are characterised by exact lines). Discrete structure of the energy spectrum can be proved by a variety experiments.

Gases , liquids and solids consist of atoms, ions and molecules.

Atoms are around 1 or a couple of Angstrem in size. When atoms come together at a distance of around a couple of Angtrems, interaction forces work between them. The interaction forces can be forces of conversion or repulsion depending on the electrons’ motion of adjacent atoms. Atoms can connect, releasing energy, forming a stable chemical compound. Electrons of the inner atom orbits, which are full with electrons, are tightly bounded to the nucleus, and do not participate at a chemical bonding formation. Chemical features of the atoms are determined by the outer orbit, and are not totally filled in with electrons. The outer orbit electrons are called valence electrons.

With this bonding, atoms join into a molecule by sharing the electrons of their outer orbits. The density of a negatively charged cloud is the biggest between a positively charged nucleus. Electron clouds overlapping in atoms leads to sharing electrons, but follows with redistribution of electron density and a change in a system’s energy. During sharing electrons, electron clouds are involved in the space between a nucleus. Such a state with increased density of electron charge between a nucleus leads to the appearance of forces of attraction.

The basis of covalent force is an exchanging interaction, the exchange of electrons by atoms, and having quantum nature. These forces are exchanging forces, and energy is exchanging energy. The main feature of exchanging forces is the fact that they depend on the electron spins, which make connections between atoms. Covalent bonds are specifically directed and appear only between adjacent atoms.

Ionic bond appears when valence electrons are moving from metal atoms to a metalloid atom or during electrostatic attraction of unlikely charged ions. This type of bonding appears in ionic crystals. This kind of bonding exist only in ionic crytals. The example of ionic bonding is alkali metal salts. Examples of ionic bondings are sodium chloride and cesium chloride (Figure 1).  Ionic lattices are characterised with a high coordination number, and shows the quantity of adjacent ions with the opposite sign. For example, for the NaCl crystal the coordinate number is 6, for CsCl – 8.

Metal bond  is a bond which exists in a system, built with a positively charged frame, in the environment of free electrons. Attraction between free electrons and positively charged frame is the reason of metal integrity. A metal bond can be considered as covalent with some approximation, because both these bonds are based on the interaction of valent electrons. A metal bond is differentiated by the fact that all the crystal atoms are taking part as sharing electrons, and shared electrons are not localised near positive frame atoms, but freely move across all the frame. There are no localised bonds in metal crystal lattices. These lattices do not brake if an atom’s place changes. So metals are characterised with deformability plasticity.

Molecular bonds can be found at some compounds with a covalent bond in their molecules. The presence of intermolecular attraction is possible in this case during concerted valence electrons movement. In any moment of time, electrons have to be distanced from each other and approached by the atom nucleus, otherwise repulsion forces between electrons will be stronger than the attraction forces between electrons and the nucleus. This attraction is called dispersive interaction. Molecular bonds are the most universal, and appear between any particles, but usually two orders of magnitude weaker than ion or covalent bonds. Molecular bonds appear visible only between atoms or molecules. They are easily destroyed by thermal motion. That is why molecular crystals have a low melting point.