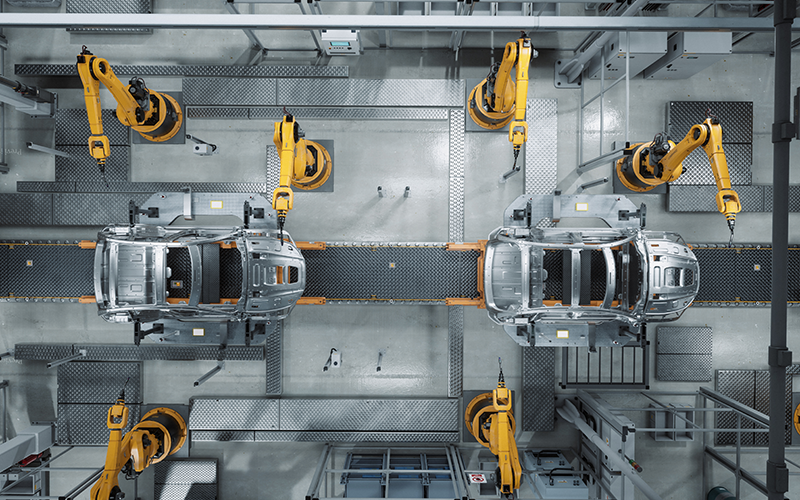 Tesla’s massive investments in battery “gigafactories” and Volkswagen’s plan to build six dedicated battery production plants in Europe by 2030 indicate that the battery has become the most strategically important component in the automotive industry.

Car manufacturers’ efforts to reduce the size, weight, and cost impacts of batteries over a vehicle’s complete life cycle, and to extend the driving range that the battery supports, will have a huge impact on their market share and competitiveness. As increasing numbers of older EVs reach the end of their life, car manufacturers will even be competing for the value derived from so-called second life batteries recovered from scrapped vehicles.

The news headlines about battery developments tend to highlight research into the new and sometimes exotic materials that might one day be able to store more charge than today’s lithium technology; a completely different part of the battery – the battery management system (BMS), which monitors the state of charge (SOC) and state of health (SOH) of the battery – tends to go under the radar. But in fact, new wireless battery management system (wBMS) technology – developed by Analog Devices and pioneered by General Motors in its modular Ultium batteries – promises to give car manufacturers a new competitive edge across the whole of a battery’s life, starting from when battery modules are first assembled, to operation in an EV, beyond to disposal, and even into the battery’s second life.

Following GM’s release of the Hummer EV, the first of many models to feature a wBMS, Analog Devices ran a series production program that demonstrated how our wire-free technology enables transformation of the design, production, servicing, and disposal of EV batteries.

The cost, space, weight, and design problems associated with wired connections in the battery

Analog Devices’ inspiration for the development of the wBMS technology was an analysis of the drawbacks of the communications wiring in conventional EV battery packs. This analysis drew on the company’s expertise: it supplies the market’s most accurate conventional BMS, and in the wireless communications field it is a leader in 5G radio technology. It also developed a robust mesh networking technology for industrial environments.

In a conventional EV battery, wiring supports communication between each cell in the battery pack and an electronic control unit (ECU), which regulates its operation to ensure that it provides power to the vehicle.

This requirement for communications inside the battery reflects the complex architecture of a large battery pack: it is made up of modules, each of which contains multiple cells. Natural production variations mean that each cell has individual characteristics that vary within a specified tolerance range. To maximise battery capacity, lifetime, and performance, the key parameters of battery operation – voltage, charge/discharge current, and temperature – need to be monitored and logged individually for each module. This is the job of the cell monitoring units in the BMS.

But the data from each cell only become useful when they reach the BMS’s ECU, which controls the way power is supplied to and drawn from the battery, module by module, and maintains the battery’s safety functions.

And this is why an EV’s battery requires a means to transfer data from each module – where voltage, current, and temperature are measured – to the ECU’s processor (see Figure 1). Traditionally these connections have been made with wires: wired connections have the advantage of being familiar and well understood.

But it is not difficult to compile a long list of disadvantages: a copper wiring harness is heavy, and occupies space that, if filled by a battery cell, would give extra energy capacity. Additionally, the connectors can potentially suffer from mechanical failure. In other words, wires increase development effort, manufacturing cost, and weight, while also reducing mechanical reliability and usable space.

This results in reduced driving range. Get rid of the wiring harness, and the car manufacturer also gains new flexibility to design the form factor of the battery pack to fit the design requirements of the vehicle.

The complexity of a battery’s wiring harness also makes the assembly of a battery pack difficult and expensive: wired packs must be assembled and the connections terminated manually. This is a costly and hazardous process because high voltage EV battery modules are supplied charged. To maintain the safety of the assembly process and to protect production line workers, rigorous safety protocols are applied.

The advantage provided by the Analog Devices modular and scalable wBMS system platform is that an OEM can fully automate battery pack assembly. After the elimination of the (signal) wiring harness, the only connections a battery module requires are the power terminals, which can readily be made by robots in an automated process. By eliminating manual labour, OEMs also eliminate the safety risks to assembly line workers (see Figure 2).

In GM’s implementation of the wBMS technology, the scalable architecture of the Ultium modules also helps lower the cost of the battery pack to GM. While the Ultium battery had its debut appearance in 2021, the modules will be deployed across the range of GM vehicles, not only in heavy duty vehicles but also in all road cars, from performance and premium cars to small vehicles.

As Kent Helfrich, GM Executive Director of Global Electrification and Battery Systems, mentioned in a September 2020 press announcement: “Scalability and complexity reduction are a theme with our Ultium batteries – the wireless management system is the critical enabler of this amazing flexibility.”

There are, then, many strong reasons for auto manufacturers to replace a BMS’s wires with robust wireless technology in new EV battery systems. But the advantages of Analog Devices’ wBMS technology extend beyond the point at which a new car appears for sale on a franchised dealer’s forecourt.

The wBMS technology makes it easy to read out critical battery data from each intelligent module: this means that the condition of the batteries can be determined individually. This data can, for instance, provide information about the SOC and SOH of a module. In combination with data from when the module was originally produced, this allows the optimal usage of second life modules in their next application, and the provision of a detailed set of specifications for each module on sale. The data’s ready availability increases the resale value of the modules.

The wBMS technology draws on two longstanding fields in which Analog Devices has leading market positions: sensing and measurement and RF communications. The wBMS technology is a complete solution that is easy for the automotive manufacturer to integrate into a battery pack design. It includes a wireless cell monitoring controller (wCMC) unit for each battery module, and a wireless manager unit to control the communications network, which connects multiple battery modules wirelessly to the ECU.

In addition to the wireless section, each wCMC unit includes a best-in-class battery management system that performs highly accurate measurements of various battery parameters so that the applications processing unit can analyse the SOC and SOH of the batteries.

The wireless network protocol implemented by Analog Devices in the wBMS system has the automotive industry’s requirement for reliability, safety, and security at its core. Unlike consumer-oriented wireless technologies such as Bluetooth or Wi-Fi networking, the wBMS solution, based on network-wide time synchronisation technology, puts the emphasis on achieving reliable and secure communication under all operating conditions, as required in automotive applications.

The use of wBMS in a mass production EV from General Motors is proof of its reliability in the harshest environments: the wBMS-based battery has been run over hundreds of thousands of kilometres in more than 100 test vehicles, on- and off-road, and in environments ranging from desert to the frozen north and under the toughest conditions. Proven reliable and successfully passing all OEM security and robustness qualifications, it will be in a wide range of passenger vehicles soon.

With wBMS, Analog Devices also supports automotive manufacturers’ programs for compliance with the ISO 26262 functional safety standard. The radio technology and networking protocol have been developed in such a way that the system is resilient in noisy environments, and provides secure communication between the monitoring units and the manager using sophisticated encryption technology. The security measures avoid spoofing of data transmitted on the wireless network by an unintended recipient such as a criminal or hacker. Furthermore, the transmitted data are received without any modification of the contents, and the intended recipient knows exactly what source has sent a message.

Lifetime management of the value of the battery

Across the entire battery pack’s lifetime, from initial assembly through disposal to second life, the wBMS capability embedded in the battery pack ensures that the vehicle’s manufacturer and its owner can easily track the condition of the battery, maintain performance and safety, and maximise value. The entire system, including the interactions between the battery modules’ cell monitoring units and the ECU, are handled by the Analog Devices technology, with configuration settings defined by the manufacturer.

Together, the wBMS and BLIS technologies enable automotive manufacturers to gain higher returns on their investments in battery pack development and production, improve the economics of their electric vehicle business strategies, and help accelerate the market’s shift toward a low carbon, sustainable future for personal mobility.