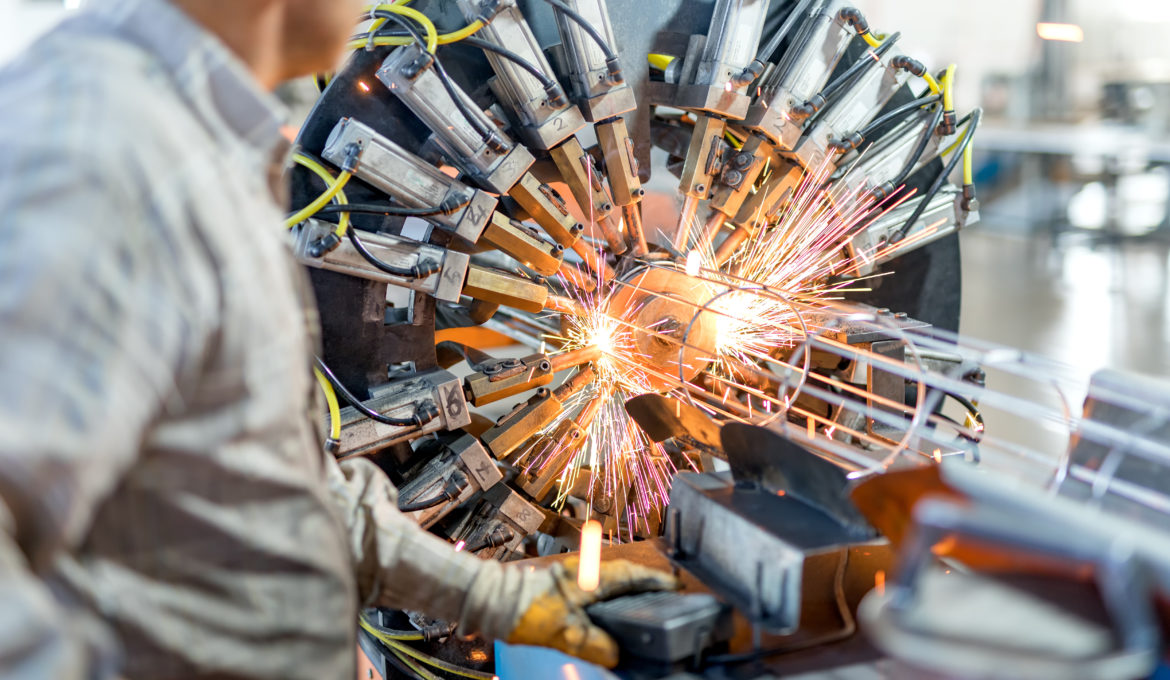 Electricity is one of the most optimised human resources available on Earth today. Read this article to improve your understanding of electrical resistance!

With futuristic innovations pioneering advancements across the world, it is more accessible than ever to flourish in creativity and brainstorm the next big thing. Whether it be launching a car to space or creating a robot to help maintain life in the Great Barrier Reef, most projects begin as small as a single electrical component.

We have all been in highway traffic jams. You’re whizzing through the highway at high speeds when all of a sudden, the car starts to slow down. A dozen brake lights flash ahead as you start to come to a halt with the many others around you. After a gruesome wait, the speed starts to pick up and you’re off to the races again. Although many of us don’t enjoy being involved in traffic, many electrical components benefit from it when using electricity.

Making use of electrical energy

To gain a grasp of how and why, it is important to have a basic understanding of how electrical components use electrical energy. Let’s recap:

As discussed in previous articles, current and voltage are two components of electricity that allow us to understand how it flows through a circuit. However, if every charge carrier only flows from the positive (live) terminal to the negative (ground) terminal of circuit, none of the components between the two terminals will receive energy to be used.

This means there will be no difference in voltages across any two points of the circuit (i.e. no potential difference) and hence no energy being used. In this case, electricity is purely the flow of charge and has no use-case.

In a real life scenario, every component uses energy in the wire to work. There is a change in energy from electrical form to the corresponding form that is needed for the component. A good example of this is a simple bulb circuit.

When the switch is closed (lowered), the circuit is complete. Charge carriers (electrons) from the batteries flow to the positive terminal of the bulb and leave through the negative terminal back to the battery. Between those two terminals, the filament lamp has an exposed piece of wire that transfers energy in the form light.

As a result, energy is lost in the circuit to external sources, creating a potential difference between the two terminals of the bulb, and hence a voltage drop.

At the same time the voltage also decreases going from the supply voltage from the batteries to zero volts at the negative terminal of the bulb. This decrease in both voltage and current will give a fixed ratio, called Resistance.

Resistance is measured in Ohms (Ω)
It is represented by the letter R.

💡 It was the work of Georg Ohm in the 19th century to find a generalised relationship between current and voltage as it flows across components. He created a law to mathematically represent this relationship and named it after himself, called the Ohm’s Law.💡 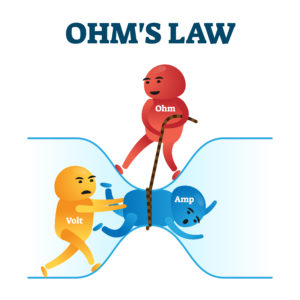 Resistance is a very handy tool when it comes to measuring how electrical components behave in different circuit scenarios. Coming back to the fundamental working of a filament bulb, it can now be represented in terms of resistance. Using a high density mental wire between the two terminals, the charge carriers have a tough time flowing through that part of the circuit, releasing more energy to overcome this challenge.

The wire starts to heat up due to the energy discharge, so much so, that it begins to glow! This is how electrical energy is transferred to light energy. It also explains why you should NOT touch filament bulbs when and after its use.

The knowledge of resistance can be used to manipulate your circuit and allows you to modify it for each component and work as you desire. Some components, such as LEDs, are sensitive to current values and may die if powered directly from a source. How can this be resolved?

One solution is to place an extra component called a resistor, to regulate the current.

A resistor is a highly efficient component that follows Ohm’s law.

The resistor decreases the current flow to a value that is save for the LED to produce a bring light.

Example: A phone charger has a potential difference of 5V and has a current rating of 1A. What is the resistor rating equivalent to a charging phone?