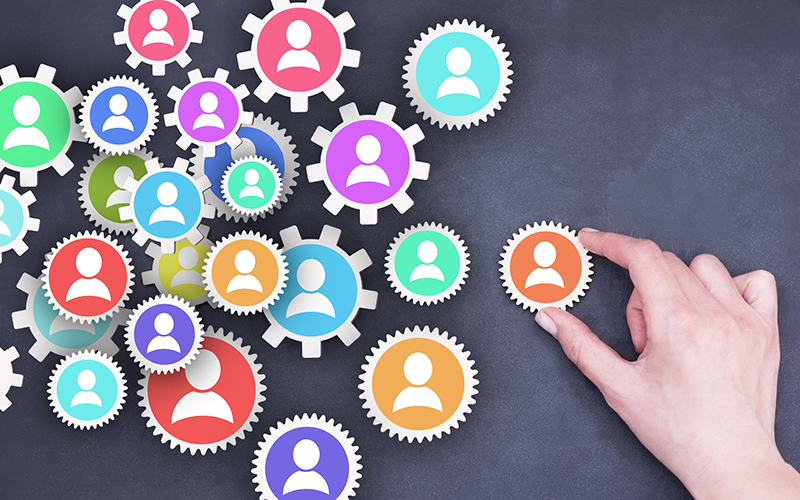 For Siemens, attracting and retaining talented young electrical engineers is essential to maintaining its competitive edge. However, recruiters in electrical technology firms are facing a major challenge.

Talent is becoming increasingly scarce as society switches to electric transport and renewable energy, while the number of new students remains stable. Robert Skae, HR business partner at Siemens, explains how its Digital Industries (DI) division is competing to attract the best young people while combatting the skills shortage.

Many engineering companies in the UK struggle with onboarding enough young talent to meet business demands. Engineering UK’s 2019 report, on the state of the engineering profession, identified a vast shortage of engineers, with 20,000 fewer graduates than needed entering the field every year. It’s a tighter picture for electrical engineering with 46% of engineering employers surveyed reporting recruitment difficulties. This problem is only going to get worse for HR departments that hire electrical engineers.

Siemens and the E3 Academy

According to Skae: “Having worked in HR at Siemens for 18 years, I’m always under pressure to recruit people with electrical engineering skills as they are essential for the future of the business. The skills gap is getting wider with a growing number of available roles across industry while the number of people graduating from electrical engineering courses is not growing as fast. Our approach to address this is to engage from an early age. We work with schools and universities to engage young people early and drive interest in engineering and its potential careers.

“We also actively recruit from an early age to recruit electrical engineers into our graduate programme. We usually take five graduates into our Digital Industries division every year. Some apply to join us directly after university; however, two or three join us annually via a scheme called the E3 Academy, which focuses purely on recruiting and developing electrical engineering undergraduates. That split gives us a solid, dependable pipeline of talent into the business every year and a good mix of people across engineering and other disciplines.

“We use the academy to recruit early and it is one of several scholarship and academy organisations we work with. It helps us attract applications from young people just after their A-levels who are applying for university. We then run assessments to identify the applicants who we believe will be the best cultural fit for our business, before they have developed their engineering knowledge. We sponsor them throughout their 3-4 year BEng or MEng degree. We also assign them a mentor and they join us every summer for eight-week work placements.

“It is this work experience that helps with onboarding and developing their skills. Through the technical and practical experience of working with us, the students can apply the theory they learned at university. It really helps to keep them motivated. These summer placements also give us the ability to see people in action before we hire them.

“While the interview process is one of the most popular ways to select people, we all know that it can vary in quality. Running assessment centres is better as you can see candidates in action, using and testing their skills in certain scenarios.

“We run development centres very successfully. However, they can’t ever match the extended exposure to candidates we get with this scheme. It’s like running a four-year job interview. We get to know each other better and from an earlier stage. That helps both us and them understand where they want to go in their careers, what experience they want to gain from us and the like. So, both we and they gain an advantage – they’ve essentially been at the company already for a few years when they graduate.”

Another benefit of work placements is that they help recruits build their professional network, develop relationships, learn from experience of Siemens’ wider team and understand how day-to-day business works.

In the longer term, sponsoring companies that work with the E3 Academy have retained more than 80% of graduates after two years – and that applies to Siemens DI, which has been recruiting through the academy since it was founded in 2008.

“We do see higher retention rates for academy scholars compared to regular graduates. We also find a lot of them are actively involved in our schools engagement programme to help inspire children at school to go into engineering – they want to give back.

“Looking at the bigger picture, it’s also helpful that the E3 scholars tend to be more diverse than the engineering market as a whole; not all are from the same background.”

Around 40% of the E3’s current scholars are female, which compares to an average of 20% from general applications.

“Career development is never a straight ladder, it’s more like a climbing wall – where our people are encouraged to progress horizontally, diagonally and vertically” says Skae. “The E3 Academy is a helpful tool for us as it gives young people varied experience and helps them work out what they want to do in the future, helping them navigate that wall a little bit more easily.

“Once they graduate, if we’re happy that they’ve performed well and they’re happy with us, we commit to an offer of a permanent role and bring them onto our two-year graduate scheme. This is structured into four six-month placements that give more in-depth experience than the summer placements.

“We will then try to match individuals to the roles they want to move into – and we can often do that. For example, if two people want one role, we will work with the unsuccessful candidate to guide them into alternative roles and then help them gain the relevant skills and experience they need, so that they are ready when the ideal vacancy comes up in the future.”

The E3 Academy is currently looking to partner with organisations that are looking to recruit the best and brightest young electrical engineering talent the UK has to offer.