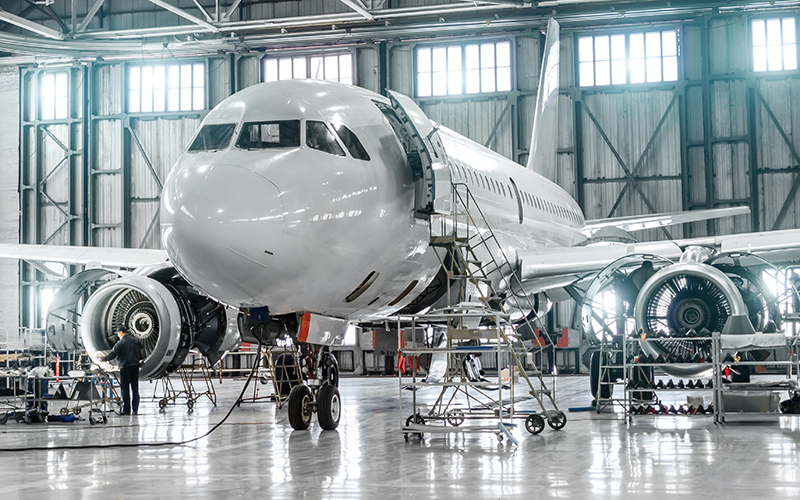 Krystina’s passion for engineering was sparked at a young age when she went to an air show and was captivated by the fast jets. Despite her family being eager for Krystina to become a pharmacist – alongside coming up against common misconceptions about what a typical engineer ‘should look like’ –  Krystina followed her dream and has never looked back.

Fast forward to now, and Krystina is a STEM Ambassador inspiring young people – especially females – to explore STEM careers. She wants to show that you don’t have to fit a certain stereotype to work in engineering, and as part of her wish to dispel stereotypes in STEM, Krystina set up a lockdown business selling novelty ‘This Is What An Engineer Looks Like’ pin badges.

From a young age, Krystina always expressed an interest in engineering and enjoyed the more pragmatic subjects at school, such as maths and physics. After visiting an air show when she was a young child, Krystina got the bug for engineering and knew she wanted to be involved with the aeronautical industry in some way.

Krystina’s mum is a pharmacist, and growing up her family always assumed and hoped she would follow suit. However, whilst studying for her GCSE’s, she attended an ‘Engineering Your Future Event’ in Liverpool with her school and her desire to become an engineer grew stronger. In fact, this desire never faded and following the event, she was determined to study Aerospace Engineering at University.

Whilst her family were supportive of her dreams, she still felt a sense of pressure to explore the pharmaceutical industry and applied for a degree in the profession, as well as applying for an MEng in Aerospace Engineering. After being offered a place on both courses, Krystina trusted her gut instinct and accepted the course in Aerospace Engineering. “I always knew I wanted to get into engineering and even though I could have also explored being a pharmacist, I had to go for my dream!”.

It was during her time studying Aerospace Engineering that she first realised the extent of the gender disparity in STEM. This is something Krystina not only noticed in higher education, but throughout her career and still to this present day. In fact, women make up just 24% of STEM employees in the UK, with sectors such as engineering having a workforce that is just 11% female.

“On my course, I was one of just two females in a class of over 30 people. I was shocked and a little intimidated at first, but it didn’t stop me or make me feel as if I didn’t belong. I know that to many people I don’t ‘look like an engineer’. The number of women in STEM careers is very small and although this is improving – albeit slowly – my hope is that more and more women continue to pursue STEM careers and bust misconceptions about what people in these industries should look like”.

Krystina loved her time at University and it was there that she met her now-husband who was studying the same course as her. Krystina is now in the career she always aspired to be in, as well as being a mum to her young son.

In 2019, Krystina began her role as STEM Ambassador as she wanted to be a positive role model to young people, especially young girls who feel they don’t ‘fit the mould’ when it comes to engineering, like she did growing up. “I am aware that to some people I don’t look like a typical engineer, but there’s so many different types of people that are engineers, STEM truly is for everyone. It’s not a one size fits all kind of thing, so my advice to young people would be to not caught up in stereotypes, they’re there to be broken. There is diversity in STEM and it is for everyone.”

As a STEM Ambassador, Krystina continues to show young people that anyone can work in STEM and there are so many opportunities out there to be had.

As part of her wish to showcase diversity in STEM, Krystina set up a lockdown business on Etsy selling pin badges that state: ‘This Is What An Engineer Looks Like’.

The first 100 badges sold out within 48 hours and the business has continued to thrive. To meet demand, Krystina has since expanded her product offering and now offers 48 different types of badges, such as: ‘STEM Is For Everyone’ and ‘This Is What A Pilot Looks Like’. “I have always liked wearing pin badges and love that so many people wear the ones I am making! I want the badges to help make a positive change in the way people perceive those in STEM careers, and as a result, hopefully encourage young people with an interest in these careers to follow their passion”.

Krystina loves being a STEM Ambassador and finds it incredibly rewarding to work with young people. “I absolutely love supporting young people via the STEM Ambassadors programme and get to do so many different things as an Ambassador. From attending events for students and speaking at schools, to helping teachers understand STEM and doing one-to-one mentoring – it’s a really varied role.”

“Not only is it rewarding to see students get excited about engineering, and STEM more broadly, but it’s also increased my confidence and given me opportunities to develop in my career.”

“I had a poignant full circle moment as a STEM Ambassador when I spoke at the very same ‘Engineering Your Future Event’ that inspired me as a young student to get into Engineering, it felt very surreal.”

In her role as a STEM Ambassador, Krystina hopes to continue to encourage young people from all backgrounds to consider STEM roles. “I hope people know they can go for it and never let stereotypes or misconceptions hold them back. STEM is becoming more diverse, so I have high hopes for the future”.

Krystina is supporting STEM Learning’s flagship STEM Ambassador programme, on behalf of UK Research and Innovation, connecting schools, colleges and community groups with 37,000 passionate and committed volunteers from over 7,000 employers across the UK.  This year STEM Ambassadors reaches a major milestone – 20 years of STEM.

Krystina is a Senior Flight Systems Engineer at BAE Systems, working on next generation technologies including the future combat air system, Tempest.