Electricity is a key part of our daily lives, its present all around us. From the ability to consume content on phones and laptops, to temperature sensors in wind turbines, able to optimise for highest efficiency. Technology and innovation are embedded in our everyday tasks, but how does electrical current work?

Objective: To understand the concept of electrical current.

We have all been told not to touch a socket with wet hands. If you are like me, you will have needed reminding frequently. Indeed, it is unsafe to do, and there is a good reason why.

To understand this, let’s first get a better picture of what electricity is.

At an atomic level, an atom consists of:

A nucleus – containing the protons and neutrons 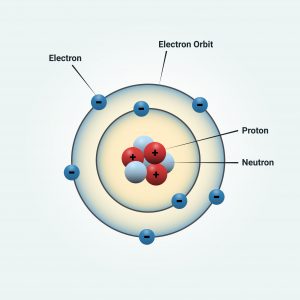 When atoms from one end of a wire are supplied with energy, negatively charged electrons within the atom experience a force that makes them highly charged. To combat it, they pass the energy onto other electrons from neighbouring atoms which starts a chain reaction. This behaviour allows the transfer of energy from one atom to the next. In doing so, the electrons become charge carriers and are said to be electrically charged.

From the above description, electrons have a charge. This charge can be quantified (or physically represented) in a per electron basis.

The charge of a single electron is called the elementary charge.

The elementary charge of an electron is negative due to the negativity of electrons. It does not affect our understanding of how they work so don’t worry! 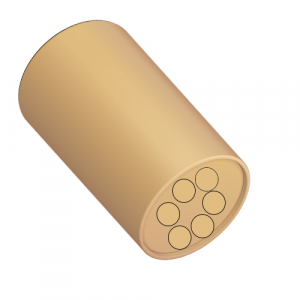 Let’s observe the work of a phone charger when it is charging your phone. The charger is plugged into a socket and connected to your phone. Electrical charge is constantly flowing into the phone via the wire. All the while, the clock is ticking, and the phone’s battery is charging up by the minute. The flow of charge with respect to time is called electrical current.

It is a very useful concept that you can see in our practical lives. Have another look at the phone charger. A sticker or printed piece of information should be present on it. Taking a closer look, you will notice a current value that specifies the current that is flowing through your charger when it is charging your phone.

Example:  A charger has a current rating of 1A and takes 2 hours to charge a smart phone from 0% to 100%. What is the charge capacity of the phone’s battery?