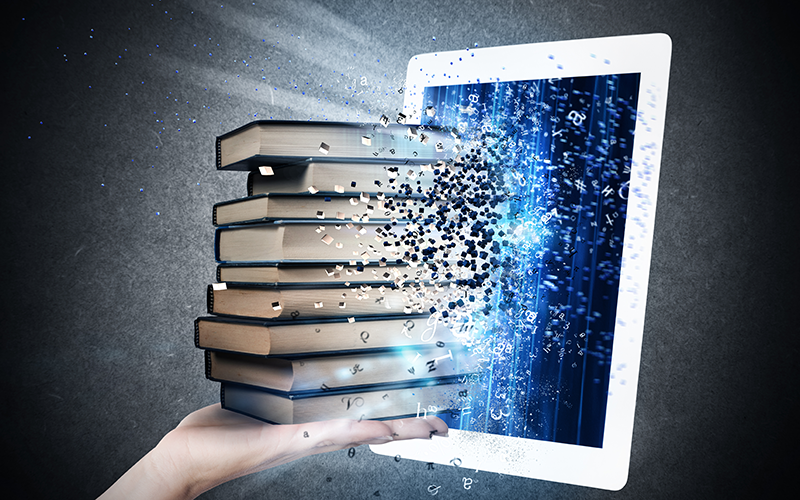 Academic textbook publisher, Pearson, is planning to sell second-hand copies of its digital textbooks as NFTs.

But what is an NFT exactly, and how will it work for textbooks?

An NFT, or non-fungible token, is, essentially, an exclusive item that can only be owned by one person at a time. It is not interchangeable. The data for the item, whatever it may be, is stored in a blockchain that is uniquely coded, so that one item can be readily distinguished from another item.

So, if a textbook, for example, is purchased by a student, it would only be theirs and they couldn’t share it with anyone else. When the book is no longer needed, instead of the student reselling it, the publisher would relist the item and then assign a unique code to the new owner, who in turn would then become the new sole proprietor.

What does it mean for students?

Well, essentially, it’s business as usual. However, when a digital textbook reaches the end of its useful life, unlike a physical copy, students can’t profit from the resale.

Andy Bird, CEO, Pearson Plc, sees the digital age as a means of reselling academic books via NFTs and netting Pearson some of the cash in the process, as a positive step for the company. Bloomberg reports: “In the analogue world, a Pearson textbook was resold up to seven times, and we would only participate in the first sale,” he further explained that “The move to digital helps diminish the secondary market, and technology like blockchain and NFTs allows us to participate in every sale of that particular item as it goes through its life”.

So, the time when students could own physical textbooks to note, mark, and scuff until their hearts content before selling them on to the next person and making a little bit of money in the process, could be coming to an end. Instead, the publisher would profit from reselling the digital copy, at a lesser price, to the next student.

This isn’t the first foray into the digital textbook incentive for Pearson, who have also launched a subscription app which gives students access to over 1,000 titles for a monthly fee.

The amount it costs to produce an academic textbook can be significant, and this high price is reflected in the cost of the books themselves. So, for Pearson this is good news, but not so great for the cash-strapped student who wants to make a bit of money from their old books.

According to Bird, apps and NFTs aren’t the only digital markets that Pearson is looking to enter, they also have their eye on the metaverse and “what that could mean for us”.

Whether NFT books will ever really take off remains to be seen, but if Pearson are successful in their venture, they have the potential to change the publishing market as we know it.