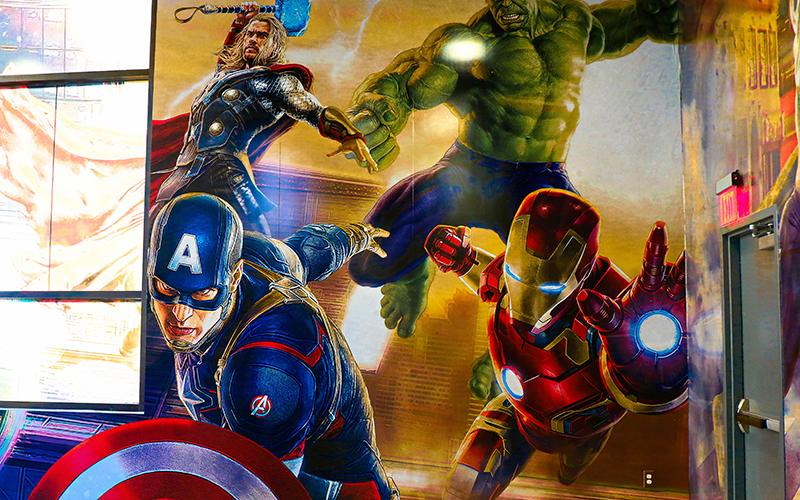 Research reveals the Marvel characters who would be earning the most money had they stayed on their career path and not become superheroes.

The research, conducted by AskGamblers, took the job role of each Marvel character before their superhero status and discovered the average salary for their choice of career.

Iron Man’s job prior to his time as an Avenger was CEO of Stark Industries. Tony Stark’s empire, passed down by his father, specialises in weapon manufacturing. Tony’s net worth is estimated at $12.4bn, with an average US salary of $920,006 (£758,554), making him the wealthiest member of the team.

Placing second is Dr Strange, with his prior career choice as a Neurosurgeon. Neurosurgeons perform surgery on disorders affecting the nervous system, the brain and the spinal cord. The average salary for this role is $642,301, after around 16 years of higher education, including four years for a bachelor’s degree, four years for a doctorate, one-year internship in surgery and a seven-year residency. Currently, in the US, there are only 3,500 practicing Board-certified neurosurgeons.

Jennifer Walters, otherwise known as She-Hulk, with her job as a Lawyer, comes in third. Jennifer specialises in superhero law, but the average US lawyer’s earnings are $126,930 per year. She-Hulk is the talented cousin of Bruce Banner, who is an attorney at Goodman, Lieber, Kurtzberg & Holliway.

Black Widow, Natasha Romanoff, was a spy before becoming an agent of S.H.I.E.L.D. The average known salary for this career choice is $103,816, ranking as the fourth wealthiest Marvel character before holding superhero status.

The Incredible Hulk ranks under his cousin in wealth with his role as a nuclear scientist, making him the fifth richest character. Before undergoing a transformation into the Hulk, Doctor Robert Bruce Banner was a renowned scientist and founding member of the Avengers. He worked in biochemistry, nuclear physics and gamma radiation, with an average salary of $102,028.

Nick Fury with his job as a Colonel of the United States Army. The average salary for this role is $85,664, making Fury the sixth wealthiest. Fury was honourably discharged from this role, where he went on to be Director of S.H.I.E.L.D.

Coming in as the seventh wealthiest Marvel character would be Ant-Man, had he stayed at his role as an electrical engineer. The average salary for this career path is $87,174. This is much more lucrative than $20,389 as an ice cream scooper at Baskin Robbins after a stint in prison for petty theft.

The eighth richest member of the Marvel Universe in their prior career path is Captain Marvel. Carol Danvers was an officer in the United States Airforce. The average salary for a pilot in the military is $80,247.

Peter Parker, A.K.A, Spiderman, had a role as freelance photographer during his school years. He was a contributing photographer to the Daily Bugle, where an average salary for this line of work is $42,770, or $33,53 per hour if part-time.

Ranking as the tenth wealthiest member is Clint Barton; before his time as an agent in S.H.I.E.L.D and as Hawkeye, was a circus performer. He trained as a swordsman and archer. The average salary for this role Is $35,360.

These superheroes come before Captain America (Private in the US army), Shang-Chi (Hotel Valet) and the Falcon (US Air Force Pararescue airman) as having the least lucrative career paths before their roles as superheroes.

A spokesperson for AskGamblers.com commented on the findings: “These superheroes took on roles that promised to save the world, but before that, it is fascinating to see the paths their lives could have taken. Had they not become superheroes, the Marvel characters had a whole range of jobs such as Neurosurgeon, Army personnel and scientists. Some would say that these roles would have given the characters superhero status anyway due to the talent, dedication, and intelligence needed.

“It is no surprise that Tony Stark surpasses his colleagues with his prior wealth but She-Hulk winning in the wealth department against The Incredible Hulk is interesting, whilst Ant-Man could have had a lucrative career choice had he stayed at Vistacorp (although a moral dilemma).”