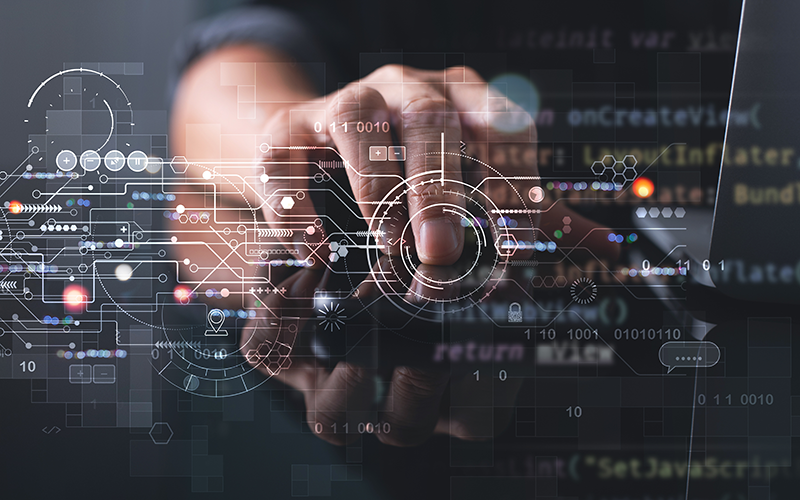 Student Circuit caught up with David Collins, a new starter at PRFI, a RF, microwave and mmWave design consultancy based near Cambridge. Taking a bit of a different approach to engineering, David joined as a graduate starter in his mid-30s.

Q: Can you say briefly what inspired you to become an engineer?

DC: I was interested in electronics from a young age, as my father has always been a keen radio amateur and I enjoyed helping him with that. My first job after leaving school was in the entertainments industry, doing audio and lighting in theatres and for musical events, which is something I am still involved in at weekends. I did some fairly cool stuff – I worked for Garsington Opera, and I also worked on the Queen Mary 2 for several weeks, and I was generally in quite a lot of demand as a technical support. After five or six years though, I began to want to do something more intellectually challenging, so at the age of 26 I began an undergraduate electronics course.

Should I have chosen to go to University earlier? I don’t think so – starting as a mature student, you are definitely more motivated, having made a conscious decision that this is the direction you would like to move in. I believe I also found it easier for me to deal with adapting to University life than it was for some of the students who had gone there straight from school.

Q: Can you describe your experience of the courses you took at University? For example, what were the highlights of your course? Did you do any work experience or summer placements?

DC: I recently finished my PhD research at Cardiff University. Prior to that I took a foundation course, then a Bachelor’s degree in electronics, followed by an MSc, all of these also being at Cardiff. My perception of what it means to be an engineer is very different now to what it was before I went to Cardiff, and they did a really good job of teaching me. The foundation course was fun, as it spanned several STEM disciplines – Physics, Maths and Engineering – which I’d not specifically studied at college, as the course I’d taken there had just been focused on sound and lighting. Completing the foundation course gained me automatic entry to the undergraduate course of my choice, which in my case was electronics.

The highlight of my Bachelor’s course was my third year project, designing a coaxial microwave impedance transformer, supervised by Professor Steve Cripps. It was his inspirational leadership that sparked my interest in microwaves and eventually led me to take the PhD.

I particularly enjoyed the Master’s course, as that allowed me to specialise in microwave engineering, which by then was what I had decided I wanted to do. We were designing real components like RF power amplifiers for the first time, which I found really exciting. As part of the MSc I completed a three-month research project with PRFI, working at their offices. They were working in collaboration with Qorvo (a large US semiconductor company), so I gained experience of designing with state-of-the-art Qorvo transistors. That was instrumental in me eventually getting the job I now have with PRFI, as well as providing me with useful practical experience of a working design environment and how the workflow is managed. I learnt about design reviews and general engineering methods. Even within the niche specialisation of microwaves there are many different spheres of work, such as packaging, so there is always something new to learn.

Q: Can you describe your experiences of searching for a job after graduating? How many jobs did you apply for, and why did you choose PRFI?

DC:  My summer placement with PRFI had gone really well, and I had thoroughly enjoyed it. Clearly Liam (Devlin) and Rob (Smith) thought I had done pretty well. However at that point I decided to start the PhD, so I wasn’t available to start work right away. As that neared an end, at the beginning of 2021 I began to exchange emails again with PRFI, who said they were recruiting. Having expressed an interest, I was given a formal interview over Skype that included a presentation. I found this rather more difficult than doing an in-person interview, and at first I was unsure how it had gone. I later realised that they were just pushing me a bit to see how much I knew. It was necessary to know the basics of MMIC design, although no-one learns all the details at University – particularly with the long time delay between doing the design and actually getting the chip back to evaluate.

Fortunately I was offered the job, and didn’t need to look elsewhere. Within the few months I’ve been here I feel that I’ve learnt so much more, and I could certainly do a better job now at doing that chip design that I did at Uni.

Q: How easy was it to settle into the job, and do you have any advice for others graduating and starting to look for employment?

DC: It certainly helped that I’d worked with PRFI before, but in any case they made me feel very welcome and were always ready to answer any questions I had. Overall it has been a hugely positive experience. One of the benefits of working with a relatively small company is that you quickly become involved in many aspects of the business – from presenting to customers to carrying out the design and evaluating the results. There is a lot of customer interaction, which I enjoy. Obviously there is a huge difference in knowledge between the more senior employees and a new graduate, and my advice to someone in my position would be not to be afraid of admitting what you don’t know and to be prepared to ask for advice and learn from others’ experience. There’s plenty of variety here too. I’m now onto my second design project – my first one was a mixer, and this one is a three-stage power amplifier. However big the organisation is, it is usual for a new graduate to have a mentor to guide them through the early stages of employment. As my line manager, Rob Smith is my mentor, but I’ve always felt that I could turn to anyone else in the office and ask them questions too, however basic or obvious those questions might seem to be. Fortunately as the weeks progress the questions become less frequent. Any company that thinks a new graduate can hit the ground running and not need help and advice is not being fair to them, and will also not adequately develop them to be able to make a real contribution. I feel very lucky to have been given the level of support I’ve received at PRFI.