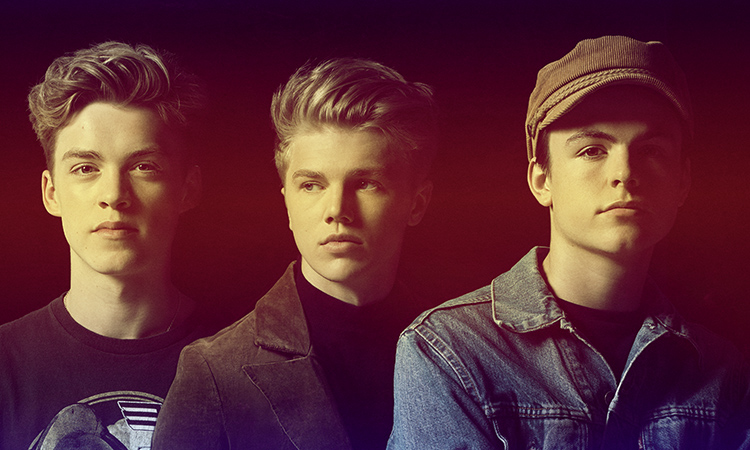 The Institution of Engineering and Technology (IET) has teamed up with iconic BBC television show Blue Peter to offer children the chance to design and engineer aspects of their very own music video for British pop-rock band New Hope Club. Winners will get to meet the band, as well as actively participate in engineering the music video.

They will be involved from designing the storyboard for one of its key scenes to receiving mentorship from industry experts to perform the roles of lighting, video and production engineers on set.

New Hope Club has been one of the UK’s most hotly-tipped bands since releasing their debut EP Welcome to the Club in May 2017. Fresh from headlining this summer’s CBBC Summer Social and supporting The Vamps on their recent world tour, eager fans will now get to join their idols, Blake, George and Reece, on set as they shoot the music video for a special exclusive festive song.

Despite the breadth of sectors that the engineering industry supports, research by the IET has shown that children view engineers in ‘Bob the Builder’ form, donning hard hats (44%), high vis jackets (40%), using protective eyewear and carrying a toolbox (37%). In reality, this couldn’t be further from the image of a 21st century engineer, working in sectors from aerospace to computing and music production to motorsports. This incredible competition is set to break down these stereotypes and misconceptions of engineering roles and show children just how thrilling the industry can be.

Children aged six to 15 can enter the competition by submitting a storyboard for a short scene for the upcoming video where New Hope Club will be seen decorating their Christmas tree, and describing the key camera, lighting and design elements involved. Entrants are also asked to write about their favourite engineer and the impact they have had on the world. Elements of the winning storyboard will be incorporated into the final video, with the winner and two runners’ up joining New Hope Club on-set to receive mentorship and perform key roles in its production.

Reece Bibby from New Hope Club said: “We’re incredibly excited and proud to be working with Blue Peter and the IET to offer children the chance to design and engineer our surprise Christmas song. Engineers play a key role when it comes to developing a music video and this is an incredible opportunity for fans to learn more about what these ingenious people do when on-set. We can’t wait to see what they come up with!”

It is well documented that the UK faces a nationwide skills shortage. 203,000 people with engineering skills will be required each year to meet demand through to 2024, but it’s estimated that there will be an annual shortfall of 59,000 engineers and technicians to fill these roles. Through initiatives like this competition, the Institution of Engineering and Technology is continuously working to excite and motivate young people about the industry and to inspire a new generation of engineering enthusiasts.

Orla Murphy, former IET Young Woman Engineer of the Year, said: “This is a fantastic opportunity for young people to see the variation that the engineering industry offers and to educate them about the impact and influence that engineers have on the world today. As an engineer and musician, I combined my two passions into a rewarding career at Jaguar Land Rover. Engineers support many of the world’s biggest industries, from computing and construction to sports and entertainment.

“Music video sets are usually reserved for artists and industry professionals only, so it is an enormous privilege to be able to offer young people this unrivalled access to help design, engineer and direct New Hope Club to bring their fantastic new Christmas track to life. I hope it inspires young minds to consider studying Science, Technology, Engineering and Maths and the exciting possibilities engineering careers present.”

The competition, ‘Lights, Camera, Action’, is open for entry from now until 12 noon on 3rd October. The prize for the winning entry is the inclusion of the winning storyboard in the final music video, attendance at the video shoot with New Hope Club and mentorship and coaching from industry professionals to perform key engineering roles on-set. The winner will be joined by two runners’ up at the video shoot who will also experience and carry-out the roles of engineering professionals during the shoot.

For more information on how to enter, click here.

New Hope Club will perform the song exclusively for the first time live on Blue Peter on 20th December 2018.