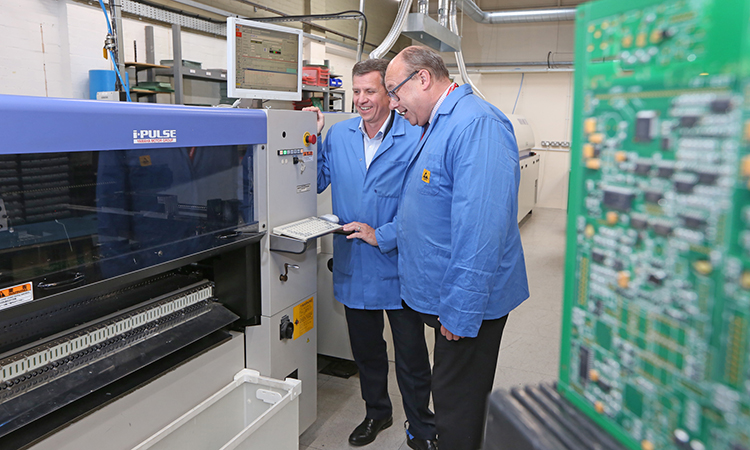 As thousands of students head off to university an electrical testing expert is calling on young people to be vigilant about the safety of their electrical appliances. And the worry isn’t unwarranted – government statistics for 2016-17 show that faulty electrical appliances were the second largest cause of accidental house fires in the UK.

Andrew Upton, managing director at Seaward, explained: “Students traditionally get packed off to university with appliances like kettles and toasters. When bought new from a reputable retailer these are usually safe to use, but if you are using a second-hand item it’s important to make sure there aren’t any potentially dangerous faults.”

Earlier this year Seaward launched a campaign with MP Grahame Morris, urging policy makers to change the law to require landlords to carry out regular electrical testing on the appliances in their rental properties. Morris has sponsored an Early Day Motion calling for the topic to be debated in Parliament and support for the national campaign is growing.

Quick and simple measures such as PAT testing can highlight problems the tenant or landlord may not be aware of, such as simple wear and tear, recalled items or counterfeit appliances that don’t meet UK safety standards.

Scotland adopted new mandatory electrical testing standards for rented properties in 2015. Despite this there are currently no legal requirements for landlords to carry out regular PAT tests in the rest of the UK. Landlords have a responsibility to keep their tenants safe, but there are practical measures students can take to minimise the risks.

Upton said: “Although regular checks aren’t currently a legal requirement in England, Wales and Northern Ireland a responsible landlord should PAT test the appliances they provide. It’s good practice to check that your landlord has an Electrical Installation Condition Report and that tests are being carried out at least every five years – if not at the end of each tenancy.”

Students staying in university halls of residence need to be careful too. Educational establishments check the equipment they supply for use but it is also best practice to check the safety of equipment that students bring on campus.

And it’s not just faulty appliances to watch out for. Replacement phone and laptop chargers purchased cheaply online might seem like a convenient solution, but they are potentially dangerous.

Upton warned: “Often these cheaply manufactured products are poorly constructed – causing issues like fraying and breaking or putting them at risk of overheating. We’ve all seen the videos of how easily a fire can start – and it only takes one spark to create an incredibly dangerous situation. It’s no exaggeration to say that a faulty phone charger can destroy a home – and potentially lives.”

Michael Kiddle, UK operations director at Hawkesworth Appliance Testing, added: “We conduct millions of PAT Tests, identifying and failing thousands of faulty appliances every week. We have seen substantial growth of fake and counterfeit items which without doubt have made their way into rented homes putting lives at risk.

“It is vital those items along with standard deteriorating appliances are checked, identified and taken out of service. Having been a firefighter myself for 13 years I’ve seen first-hand the damage and devastation faulty appliances can cause.”

Often students are young people away from home for the first time and don’t realise the hidden dangers.

Upton finished: “Be careful to avoid overloading extension leads as this can cause overheating, and although students have a reputation for being messy it’s important not to leave clothes or other items covering plugs.”