Home ⁄ News ⁄ Apprenticeships and regulation are priorities for Alistair Grant 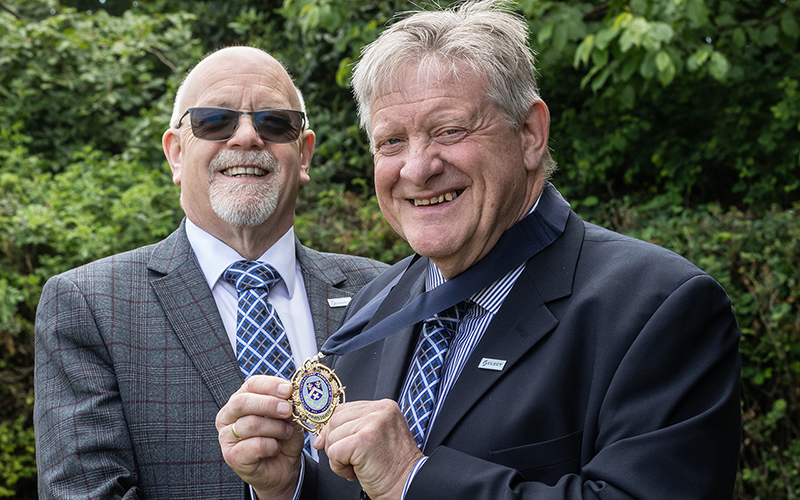 A veteran small business owner with more than 40 years’ experience in the electrical industry has been elected as the new President of SELECT, Scotland’s largest construction trade association.

Respected professional Alistair Grant pledged to put apprenticeships and regulation of the sector top of his agenda after taking up his post at the body’s AGM earlier this month (June 1).

The new President established his family-run business, Alistair Grant Electrical, in 1982, and has built up a first-class reputation in Moray, Aberdeenshire and throughout the Highlands.

Mr Grant, who is based in Lhanbryde, Elgin, said: “One of my main ambitions as President of SELECT is to push forward its campaign to introduce protection of title for electricians.

“The association’s Wall of Support now has plenty of politicians, organisations and fellow electricians signed up, agreeing with us that it’s not safe to undertake electrical work if you are not a qualified electrician, but we need to keep up the pressure.

“I’m also interested in working with the colleges to promote apprenticeships. I’ve had 15 apprentices through my company in my time and it’s so important to nurture new talent for our industry.

“I would also like to get more involved with the various SELECT committees that look at changes in other industry rules and regulations.”

Mr Grant – who will be in post for two years – has previously been Chair of SELECT’s Inverness and North of Scotland Branch and has also served as Deputy Vice President and Vice President of the association.

Mr Orr said: “The sector has been through a turbulent period in the course of my presidency and it is now edging into recovery, a delicate time in which Alistair will have skills and the talent to guide us into a new era for the industry.

“He knows the industry inside out and has been an unstinting contributor to the interests of electricians and company owners across the country. SELECT, as an association, could not be in better hands.”

SELECT Managing Director Alan Wilson said: “Alistair takes up the reins at a time when the importance of the industry to wider society has never been greater. Recognition that the future is electric has been heightened by the growth in electrical vehicle use, the Internet of Things and the transition to a net zero carbon environment, in which electricians will play a crucial role.

“It is terrific to have been able to attract a man of his calibre and depth of experience to be the figurehead and public face of our organisation.

“Alistair received his electrician’s grade card nearly half a century ago and since then has built up an award-winning company. He epitomises the SELECT ethos of putting the customer’s interests and safety first and foremost and deservedly won the Best Delivery of Customer Service award at the SELECT Awards in 2016.

“Outside of his working life, Alistair has been a talented musician and a respected football coach for more than 18 years. A more rounded individual would be hard to find and we are sure that his tenure will be a great success.”