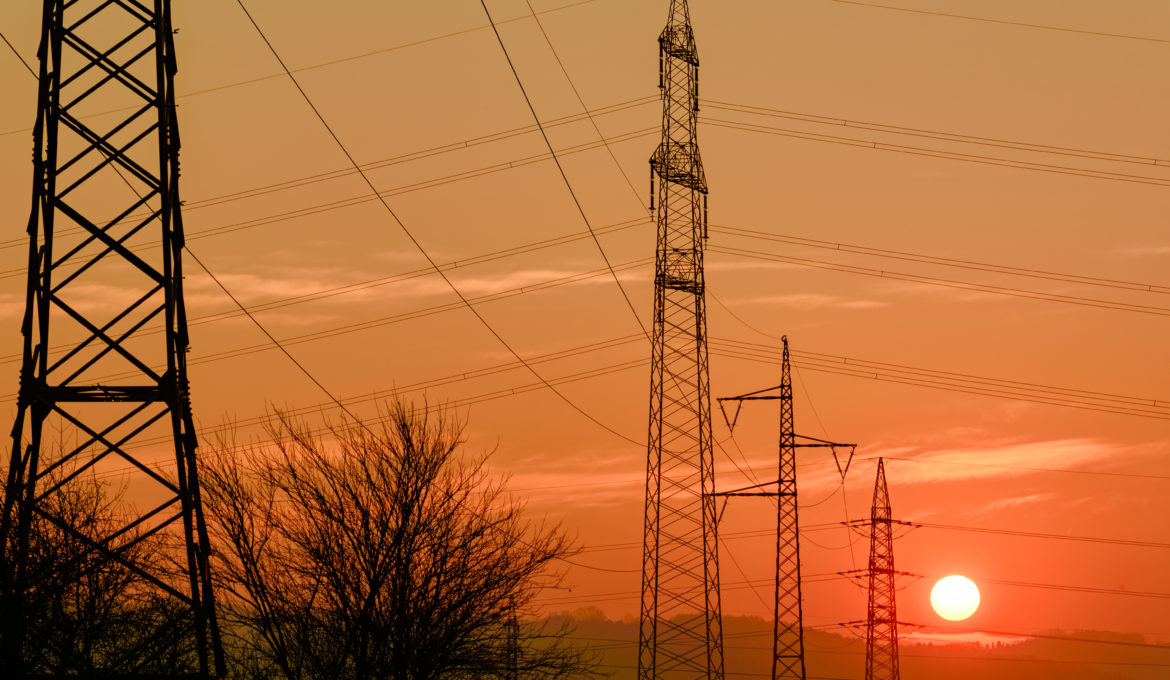 Our world circles around technology. For most of us, the day starts with snoozing the morning alarm on our phone and ends with turning off the lights before going to bed. It is hard to imagine a life without digital electronics. With our lives intertwined with technology, it brings up a good question – how does it work?

It is Sunday the 7th of July, England VS Demark at the European Championship semi-finals. You are sitting in front of the TV anxiously waiting for a last-minute miracle from England to bring it home. Harry Kane strikes! The room jumps with joy and applauds as you join the thousands rejoicing in the stadium. The Danish crowd looks visibly disheartened due to the loss.  To describe the moment from a physics standpoint, you are using energy compared to the opposing supporters. Energy is present in many different forms. From kinetic to chemical to light energy, it allows an object or body to do work. Electrical energy is the term used to describe the work done through electricity.

We have all shown support towards our favourite team in many ways. From chanting their praise to cheering for them while they play, energy is spent to perform all such activities.  Just like you and I, your television needs energy to broadcast the match too!

From last article ‘the basics of electrical current’, you learned that charge (Q) is the property of a particle (e.g. an electron).

Particles as small as an electron can transfer energy too. In fact, charge carriers carry charge through a circuit using electrical energy.

💡You can think of the relationship between charge and energy as walking to school. After breakfast, you set out for school wearing the school uniform and with your rucksack on your back. It takes you a certain amount of time and energy to reach the school gates. The same phenomenon occurs to an electron. It ‘wears’ its charge carrier ‘uniform’ to carry a charge around the circuit as long as it is supplied with electrical energy.💡 (current represents the ‘speed’ at which you walk)

By now, you have gained an idea of the role of energy in the function of a circuit. However, using plain energy to represent millions of charge carriers is inefficient. One famous solution to this is to calculate the energy supplied to each charge carrier– called voltage.

Understanding the concept of voltage and energy opens a plethora of ideas to explore in the world of electricity. Voltage and current make up the foundation of electrical circuits.

Let’s have a look at your daily phone or laptop charger. You will find a sticker of information on the back of it that states a value in volts. That is the amount of voltage drawn from the socket and delivered directly to your device. Every electrical device requires a certain amount of voltage and current to operate. Look around your house to spot various combinations! 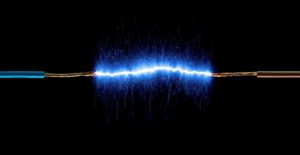 As charge carriers move through a circuit, they don’t have the smoothest journey. They are slowed down in many ways. Some include:

As a result, charge carriers lost energy. However, this is expected. One way to show that a component is working in a circuit is by proving that it is causing a decrease in the voltage of the circuit across that component. This phenomenon is called a voltage drop. One way to measure the change in voltage across two points in a circuit is called the potential difference across that component.

Potential difference is not always used to measure a decrease in voltage. Let’s trace the path of charge carriers along the television. As your TV is connected to the socket, charge carriers that have lost their energy flow back into the socket. From there, they are re-energized in power stations before they travel back to your TV again. The voltage difference between the charge carriers leaving your house to entering back again is positive. The energy transferred into a circuit by a power source is called electromotive force or emf.

🎭This is a complicated term to describe the re-charging of a circuit. You will not be required to know the technicalities of it in most GCSE and A-level courses. It is best to take emf as the name given to the voltage supplied by a power source.🎭

Example: A charger has a potential difference of 5V and has a current rating of 1A. If it takes 2 hours to charge a smartphone from 0% to 100%, what is the total energy capacity of the phone’s battery?