Home ⁄ Blog ⁄ The metaverse: the future of education 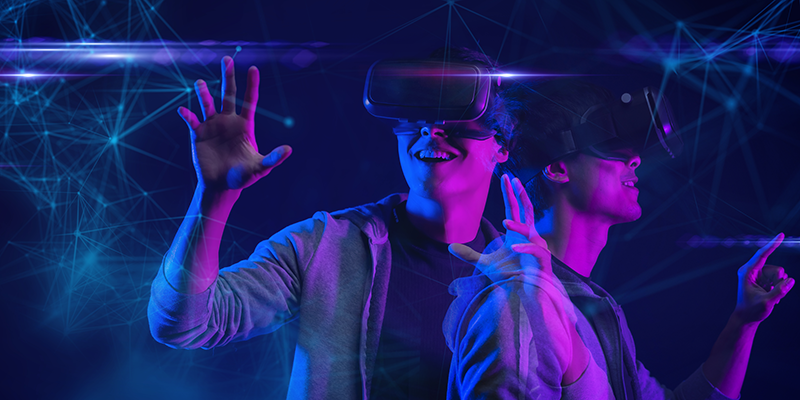 Taking place in Las Vegas, CES 2022 was home to a plethora of panels and discussions focused on the consumer electronics industry, and the metaverse was a hot topic of conversation.

Student Circuit caught up with Michel Tzsfaldet, Founder and CEO at Tekle Holographics, and a panellist from the CES discussion titled ‘learning in a virtual world’. During this talk, panellists discussed what learning will look like in an alternate digital universe.

What is the metaverse?

Firstly, it would make sense to define the metaverse. The term has been thrown around, in the last few months especially.

The future of education

The future of education will allow students to test their crazy ideas, without wasting resources and without the dangers that come with working with some materials. This will enable digital twins to be created of everything, meaning anything can be tested without wasting money or resources. Students won’t be restricted by physical face for example, and the hope is for all students to be able to have this experience. According to Michel, this will ensure students are prepared for the next generation of technologies to come in the next wave.

As an example, students taking part in a pilot programme in Belgium have a BMW engine, allowing them to look inside and test what would happen if they did a specific thing, before even working on a real-life engine.

Michel suggested two key challenges that need to be overcome before the metaverse can thrive. The first being that everything needs to be digitised. Some universities and governments are already working on a metaverse where everything is a digital twin, meaning a real image of the real world is portrayed digitally. Michel said this needs to be rolled out to all universities, however.

Secondly, the apps and software need to be written, which presents challenges. Most 3D files/objects are created using Unity or Unreal, game engines allowing the creation of 3D images. Michel said real physics is still missing from these engines. Companies are working on implementing real physics into these game engines, allowing scientists to work with the game engines and see witness the real outcomes of their tests.

Combining the metaverse with on campus learning will give us a plethora of possibilities, said Michel.

Michel compared the metaverse to an iPhone. Before the iPhone, people were content with the phones they already had because they didn’t know what was missing. When the iPhone was released, users could suddenly do everything from their device, and since then, the image of what a mobile phone is has changed dramatically. Now, we are 15 years into this journey.

Michel believes that this is the situation with the metaverse: “We’re at the beginning of something and don’t really understand it yet.”

Focus on the positives

Of course, as with everything, the metaverse brings with it its own negatives. “Everything can be negative. The metaverse is still controlled by humans and not all humans always do the right thing for humanity. We should focus on the positive and maybe in the future, the government will put in place the policy and law to protect consumers,” said Michel.

How close is the metaverse for education?

Michel explained the importance of keeping an open mind and believing in the metaverse: “Looking past the hype the metaverse has right now, it has some excellent use cases.

“If someone wants to work with our holographic equipment to visualise those digital twins in the metaverse, we always have a scheme for schools and universities to get discounts. I believe the next generation should be working with the best possible products.”

“The next generation is the future of our country so we should invest in them and not ask about the cost and just give them possibility to get access to the best possible education,” concluded Michel.

Governments started working towards this last year, so the metaverse is coming. Michel believes that universities with the funds will begin working on their version of the metaverse this year. However, Michel said for the masses to have access to it, and for people at home to use it in a profound way, it will be about 10 years.