Home ⁄ Blog ⁄ The dark side of the metaverse 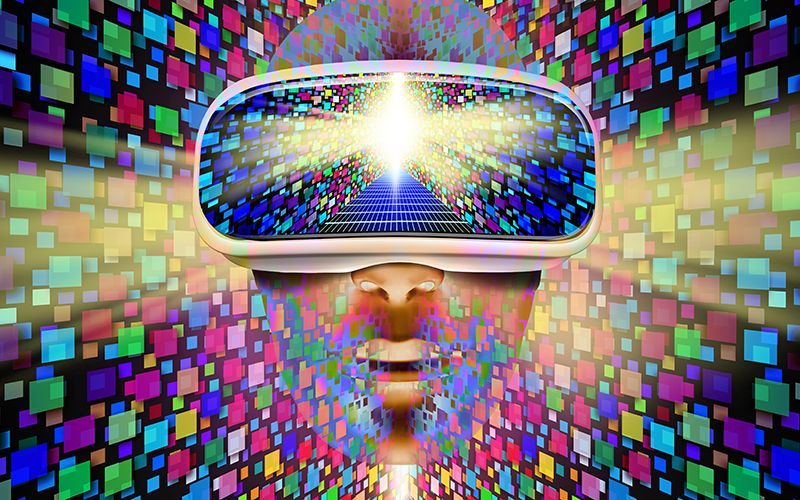 The world’s largest technology companies have embarked on a race towards creating the metaverse, a virtual reality world where avatars can do everything from play video games, to attend a concert.

In October 2021, Founder and Chief Executive of Facebook, Mark Zuckerberg renamed the company, Meta and said he believed so much in the metaverse that he would invest billions. Despite the incredible virtual environment that is the metaverse, serious concerns about safety have surfaced.

Harassment, assaults, bullying and hate crime have already been prevalent in the online world, and there are few mechanisms to report this behaviour. In VRChat, a popular virtual reality game, a violating incident occurs once every seven minutes, according to the Centre for Countering Digital Hate.

This sort of unwanted behaviour can be more severe than usual online harassment and bullying  as virtual reality plunges people into an all-encompassing digital world where everything is made to feel more real as sensory experiences are heightened. Misbehaviour in virtual reality is typically more difficult to track because incidents occur in real time and are often not recorded.

Virtual reality has the power to blur boundaries between reality and an online world, and research has demonstrated that abuse in virtual reality is much more traumatic than in other digital worlds.

A study carried out in 2019 from Oculus researchers found that the definition of online harassment is highly subjective, but the blurred boundaries created by virtual reality makes harassment feel more intense.

49% of women surveyed reported experiencing one or more incidents of sexual harassment while using virtual reality products include Oculus Rift and Playstation VR.

One incident involves a woman reporting she was sexually assaulted by other avatars within one minute of entering the metaverse. The victim compared this experience to one which could occur outside of the metaverse.

As Meta and other powerful tech companies make the metaverse their future platform, these issues are only likely to become magnified as they reach billions of people. Meta has over 40,000 people working on safety and security in total, however it is unknown how many people are dedicated to its virtual reality platform. To combat this, Meta have promised to build its metaverse with privacy and safety at the centre. Meta spokespeople have said the company is working with policymakers, experts and industry partners on the metaverse. Meta has also announced a $50m investment in global research to develop its products responsibly.

Meta has also introduced a default personal boundary preventing avatars from coming within four feet of each other in its online spaces.

Going forward, Meta is exploring a way to allow users to record on its virtual reality platform, as well as ways to utilise artificial intelligence to combat harassment in the online world.

The metaverse provides endless opportunities for ways to build connections and community. It cannot be allowed to become a place allowing abuse and hate to thrive.

It is certain that action needs to take place to ensure spaces in the metaverse are designed with safety at the centre to curb the well-known abuse and violence present on today’s social platforms. Companies already fail to stop online harassment and abuse on their platforms today, therefore doing so in complex, real-time virtual environments will be one of the biggest challenges in the future. It must be a top priority to protect users. Companies need to step up and continue to come up with new ideas to help moderate the metaverse.